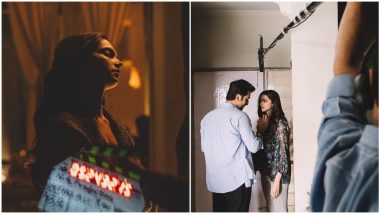 New Delhi [India], November 28: A day after her film 'Tamasha' completed five years of its release, actor Deepika Padukone shared Behind The Scenes (BTS)pictures from the shoot of the film. The 34-year-old actor took to Instagram to share three BTS pictures from the time of the shooting of the film. 5 Years of Tamasha: Deepika Padukone Changes Her Social Media Name To Tara!

While one of the pictures see her in the middle of a shot with her co-actor Ranbir Kapoor, another one sees her immersed deeply in a sequence of the film as she is seen standing with her eyes closed.

The third picture sees her dressed as a clown for another sequence of the film.

Released in 2015, the film continues to win hearts with its saga of romance and melodious music.