As we bid 2019 a goodbye with Bollywood films that rocked the box-office including Vicky Kaushal's Uri: The Surgical Strike and Ranveer Singh Alia Bhatt's Gully Boy released in the start of 2019 to year ending with Salman Khan's Dabangg 3. We now bring you a list of 10 Most Anticipated Bollywood Movies of 2020 for which Bollywood buffs are eagerly waiting. 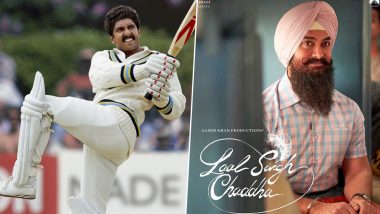 As we bid 2019 a goodbye with Bollywood films that rocked the box-office including Vicky Kaushal's Uri: The Surgical Strike and Ranveer Singh Alia Bhatt's Gully Boy released in the start of 2019 to year ending with Salman Khan's Dabangg 3, We now bring you a list of  10 Most Anticipated Bollywood Movies of 2020 for which Bollywood buffs are eagerly waiting with all their excitement and expectations sky-high. A lot of movies we missed to pick out in the list includes Akshay Kumar's Bachchan Pandey, Kartik Aaryan's Bhool Bhulaiyaa 2, Mahesh Bhatt's Sadak 2, Ranbir Kapoor's Shamshera, Kareena Kapoor Khan's Angrezi Medium, Varun Dhawan's Street Dancer, Vicky Kaushal's Sardar Udham Singh biopic and Tiger Shroff's Baaghi 3. We still have the best pick of top ten anticipated Bollywood movies audiences can't wait to watch it on the big screen for all the right reasons. Year Ender 2019: Kabir Singh Controversy, Gully Boy to Oscars and Other Breaking Headlines of The Year That Got The Internet Talking!

The three most awaited films of 2020 we can't wait to catch in the cinema hall is undoubtedly Aamir Khan's Laal Singh Chaddha an official adaptation of Tom Hanks classic hit The Forest Gump. The other two most talked-about upcoming films in 2020 is Ranveer Singh's Kapil Dev Biopic 83 and Akshay Kumar's cop film with Rohit Shetty, Sooryavanshi. The new year also has three Kangana Ranaut films releasing - Ashwini Iyer Tiwary's Panga, Former Tamil Nadu CM Jayalalithaa's Biopic Thalaivi and action movie Dhakad. It will be interesting to see Kangana's impact at the box-office with these three upcoming releases as her last outing Judgemental Hai Kya played cold at the Box-office. Year Ender 2019: From ‘Ghungroo’ to ‘Bekhayali’, These Are the 14 Best Songs of the Year, 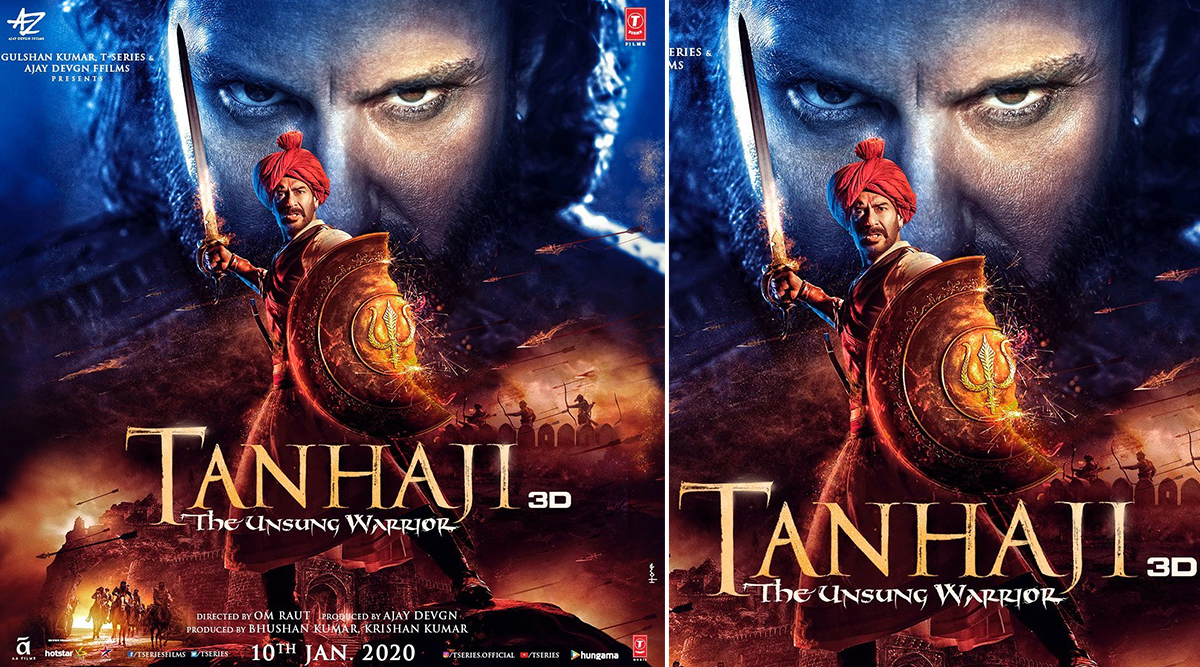 Ajay Devgn and Kajol's Tanhaji: The Unsung Warrior is an upcoming period drama based on the heroics of the great Maratha Warrior Tanhaji Malusure who was Chattrapathi Shivaji Maharaj's Senapati. The film stars Saif Ali Khan playing the antagonist Uday Bhan and heads for a theatrical 3D release on January 10, 2020. Audiences are eagerly waiting for the magnum opus as the film's trailer received a welcoming response from the viewers. 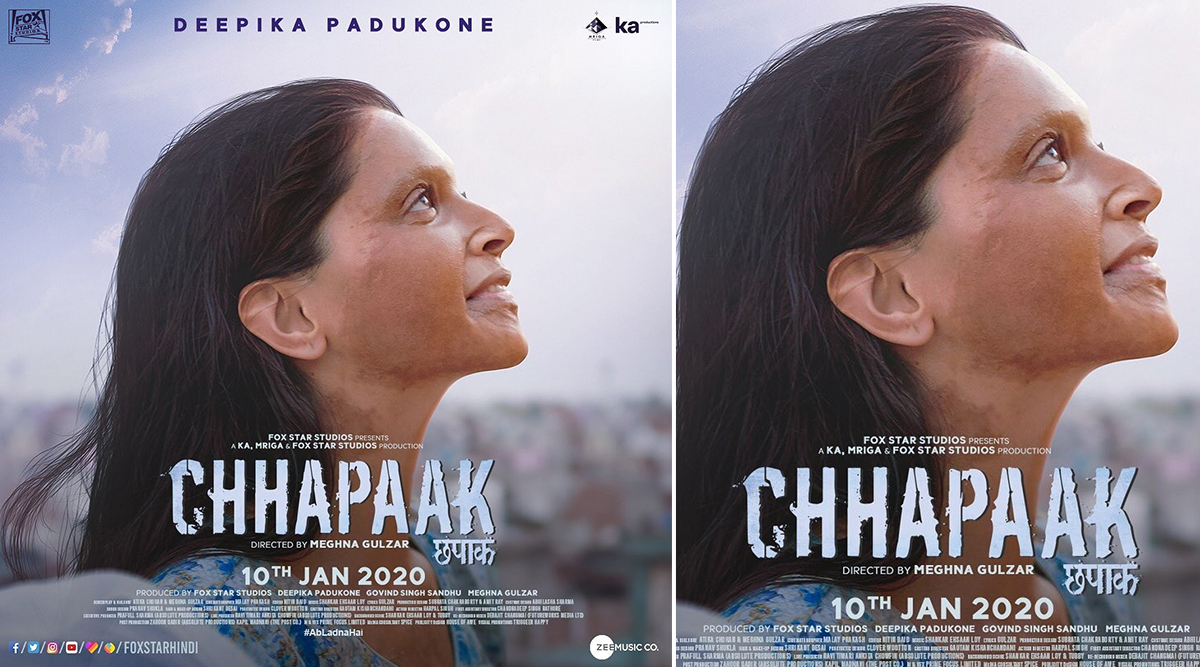 Deepika Padukone stars as an acid attack survivor Malti in Meghna Gulzar directed Chhapaak. The hard-hitting trailer had the emotional quotient high and connected well with the audiences and now every movie buff is eagerly waiting for the film to hit the big screens. Meghna Gulzar brings yet another investigative drama after Irrfan Khan's acclaimed hit Talvaar and we might expect the Raazi director is expected to repeat her brilliance with this film that covers such an essential subject in recent times. Chhapaak clashes with Ajay Devgn's Tanhaji: The Unsung Warrior on January 10. 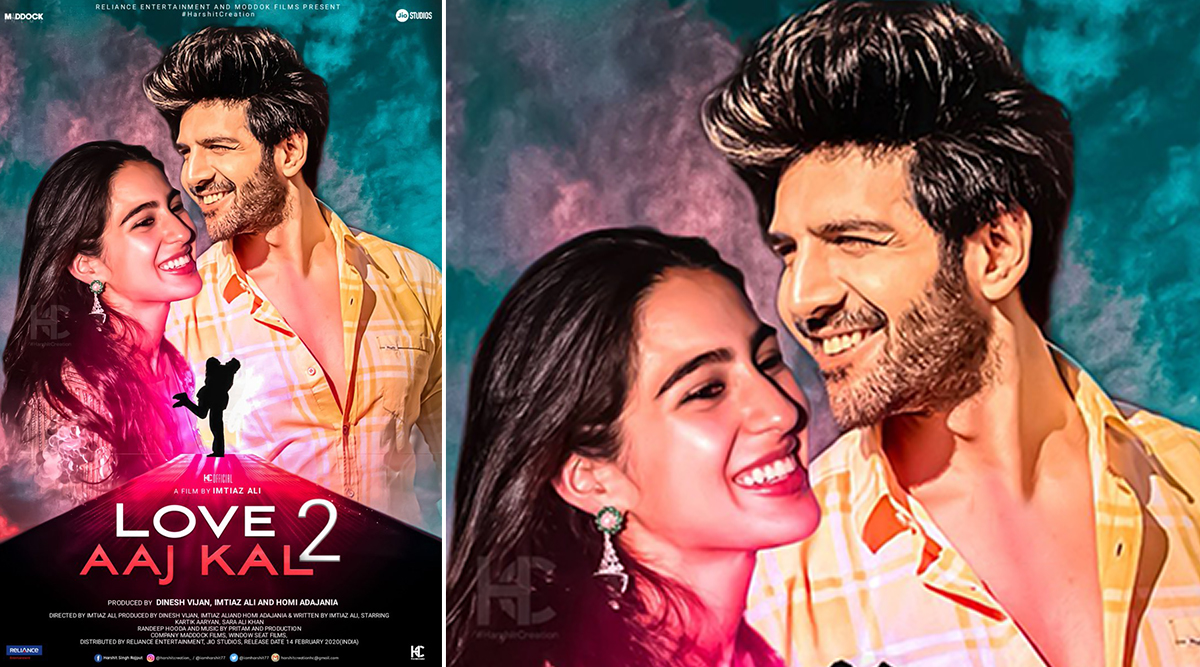 Imtiaz Ali and Valentines Day 2020 release is such a delightful combo for the audiences with the Tamasha filmmaker reuniting with Highway actor Randeep Hooda yet again with Love Aaj Kal 2. The film brings the very fresh pairing of Sara Ali Khan and Kartik Aaryan who were rumoured couple as well as per the reports. The romantic comedy is one of the anticipated films of the year and heads for a February 14 release. Excited for this Imtiaz Ali Film? So are we. 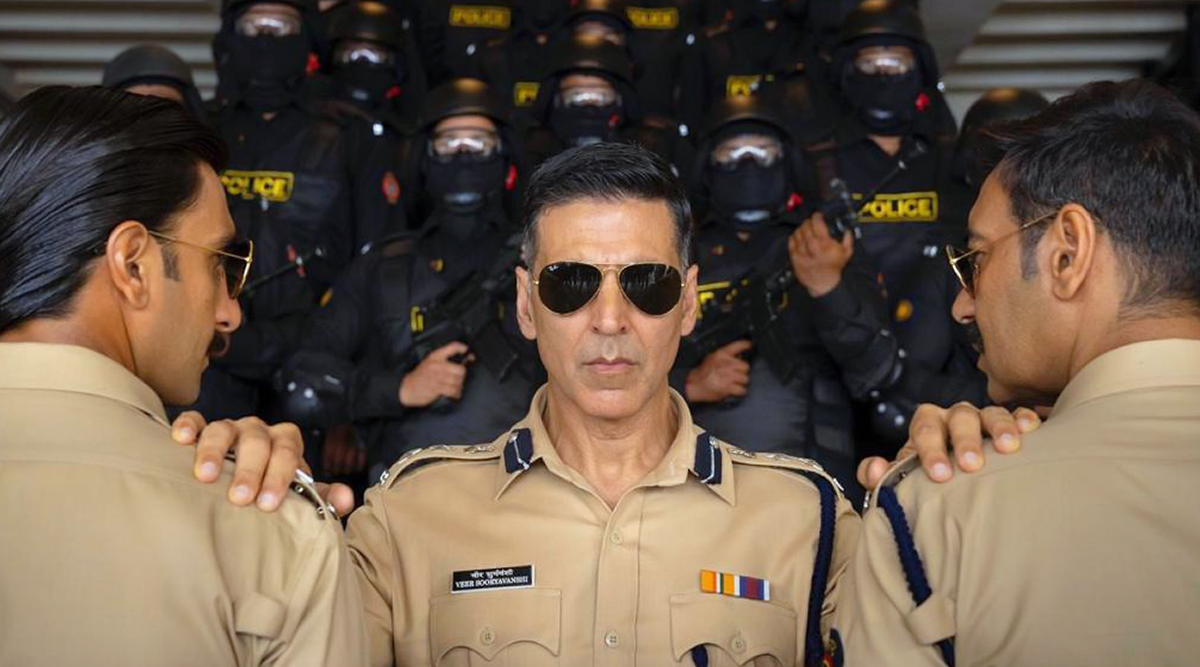 Rohit Shetty did a Marvel with Ranveer Singh blockbuster Simmba as he introduced a crossover of Singham star Ajay Devgn. What intrigued us was the climax of the film that introduced Akshay Kumar as ATS officer Sooryavanshi with the announcement of Bollywood's Khiladi in a cop film. The film also stars Akshay's Namaste London co-star Katrina Kaif as the female lead and the audiences are equally excited to see Ranveer Singh and Ajay Devgn's crossover in the masala entertainer of 2020. How Good would it turn out to be? 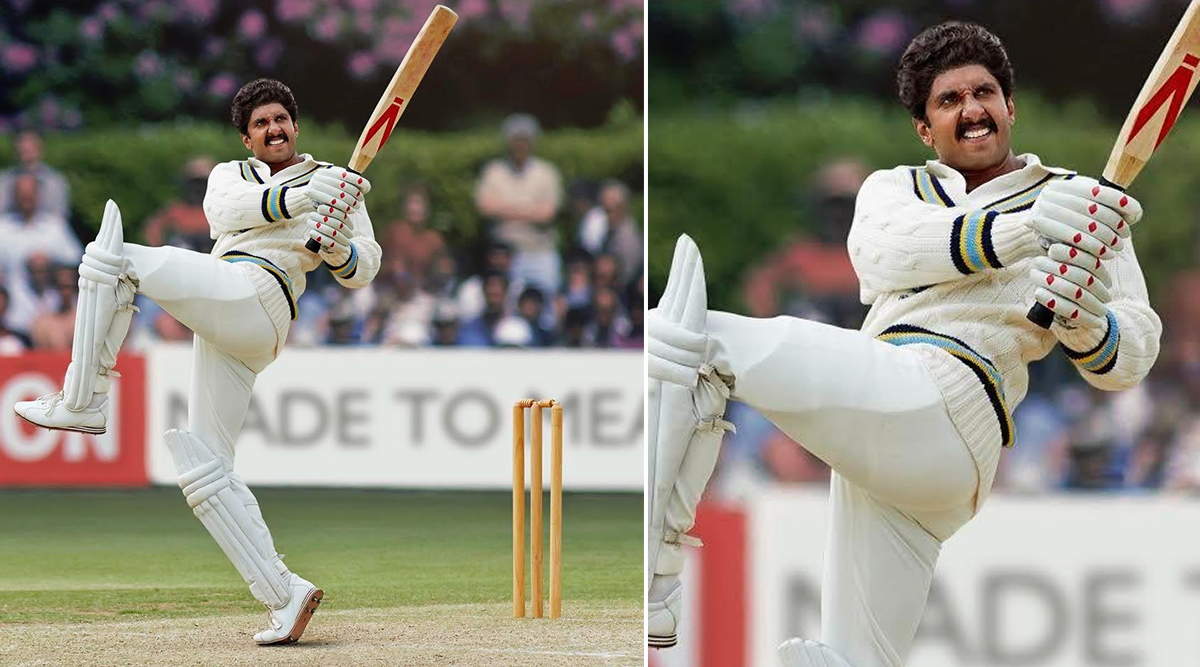 Who can ever forget the 1983 World Cup Hero and Former Indian Skipper Kapil Dev's miraculous innings of 175 not out against Zimbabwe in just 138 deliveries at the Nevill Ground at Tunbridge Wells? Kapil Dev walked in when India was struggling just 15 for 5 and won the match single-handedly picking up a wicket as well and the rest is history. Who could have imagined lifting world cup against the cricket giants of those time? 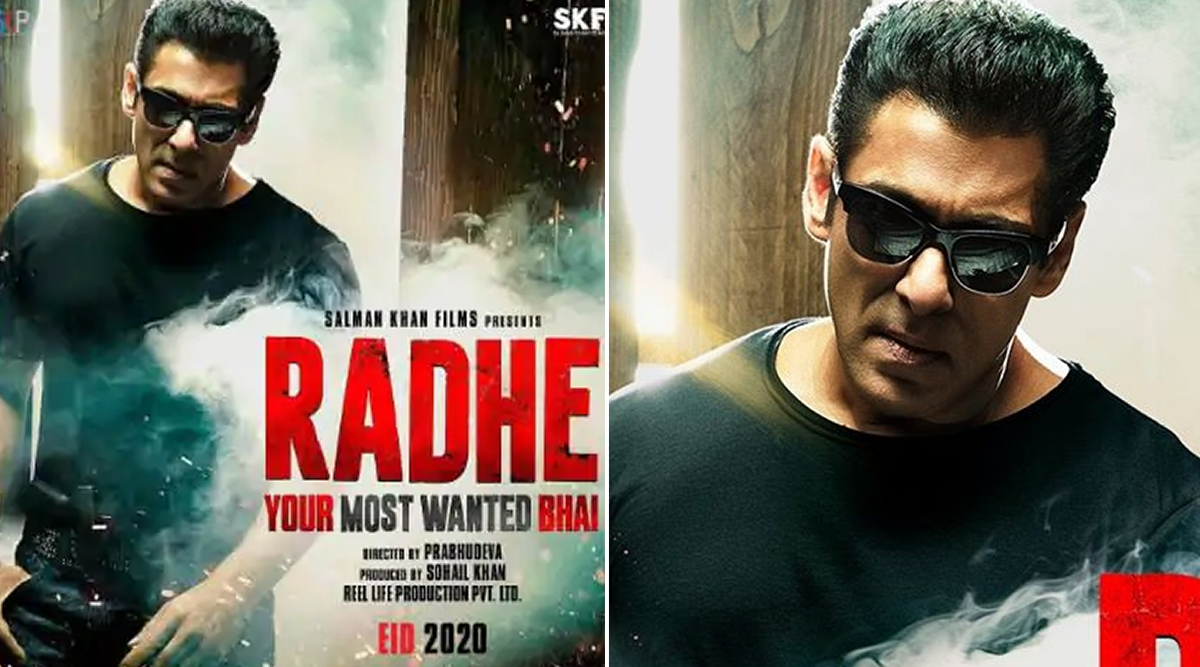 After Dabangg 3, Salman Khan and Prabhudeva reunite for yet another movie titled Radhe. What is the most exciting fact about the fact is that Salman Khan is playing a cop once again after the 2009 blockbuster Wanted. The film stars Disha Patani as the female lead, while Salman's Kick co-star Randeep Hooda is roped in to play the antagonist. Radhe also stars Jackie Shroff in a major role and is slated for a May 22 release. The film is touted to be a remake of the Korean movie The Outlaws which released in 2017. It was directed by Kang Yoon-sung and starred Ma Dong-Seok and Yoon Kye-Sang. 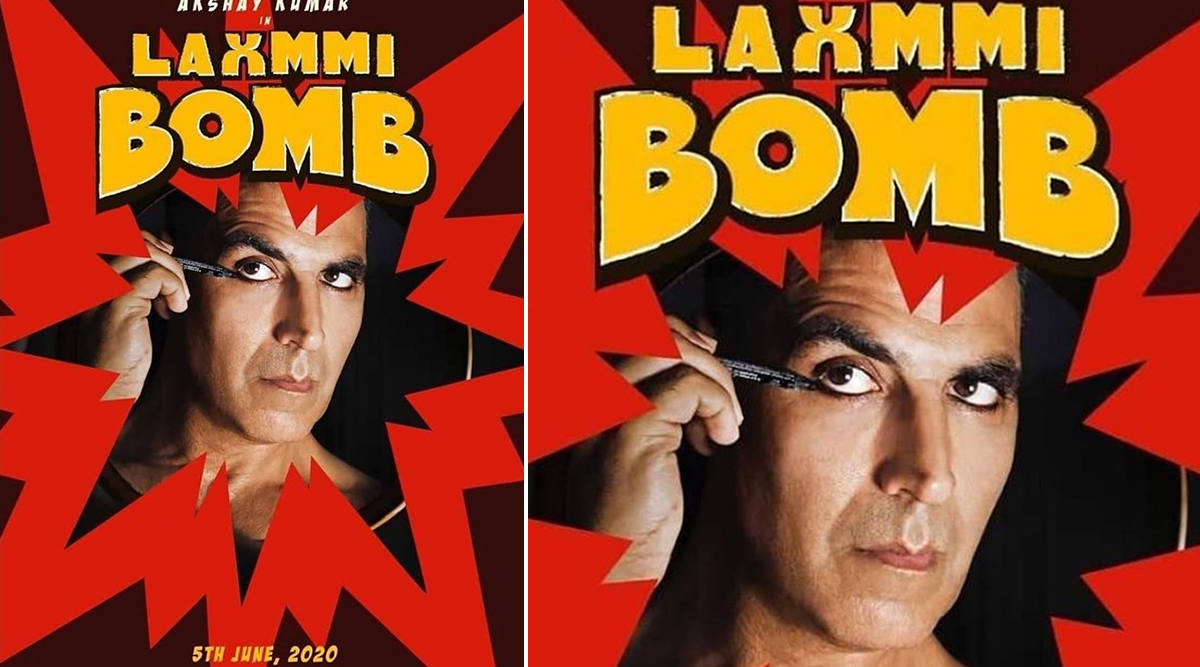 Akshay Kumar made headlines for playing a transgender in the upcoming horror-comedy Laxmmi Bomb. The film marks Akshay reuniting with his Good Newwz co-star Kiara Advani. Laxmmi Bomb is an official remake of the 2011 Tamil movie Kanchana. Filmmaker Raghava Lawrence who has directed the original movie and its sequels are all set to direct this Bollywood remake. Another interesting fact is Bollywood fans are going to witness the biggest Bollywood clash of 2020 with Akshay Kumar's Laxmmi Bomb going one on one at the Box-office with Salman Khan's Radhe on May 22. 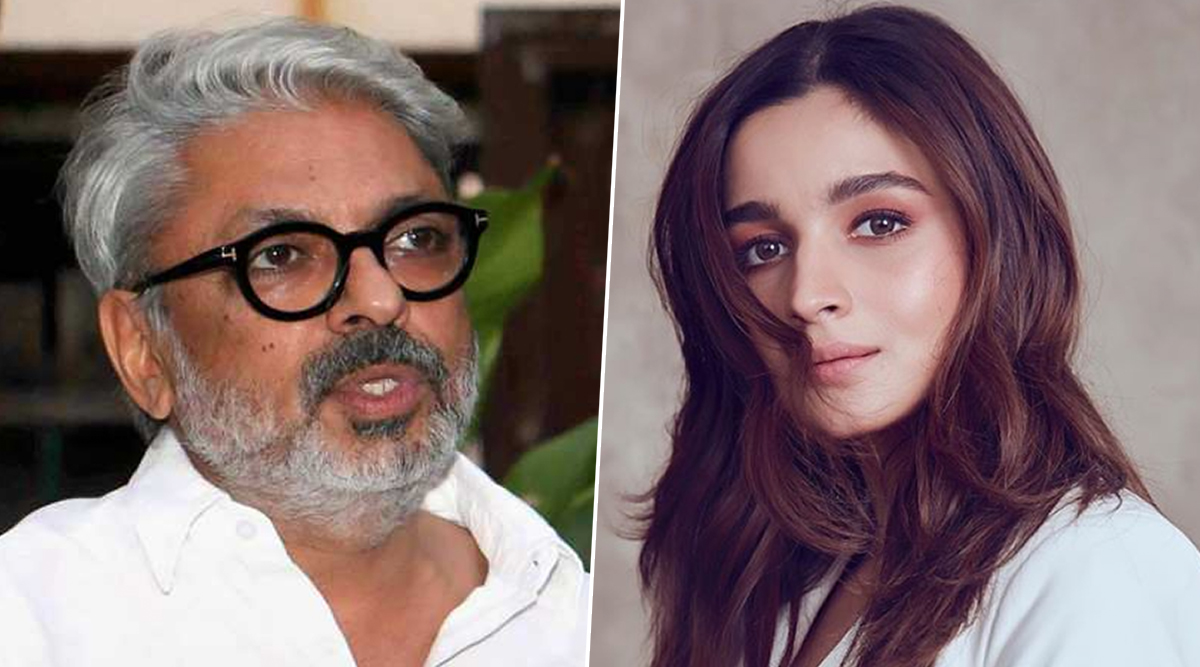 After Shelving Salman Khan and Alia Bhatt's Inshah Allah, Sanjay Leela Bhansali announces Gangubai Kathiawadi which revolves around the life of Gangubai Kothewali. The film is reported to be based on the book 'Queens of Mumbai' written by ace journalist Hussain Zaidi, Gangubai Kothewali is considered to be the matriarch of Kamathipura in Mumbai. She was a powerful woman in the 60s. With Alia Bhatt locked in as the female lead, the confirmation of the male lead is not yet finalised by the Padmaavat director. Are you excited for SLB and Alia Bhatt collaboration? 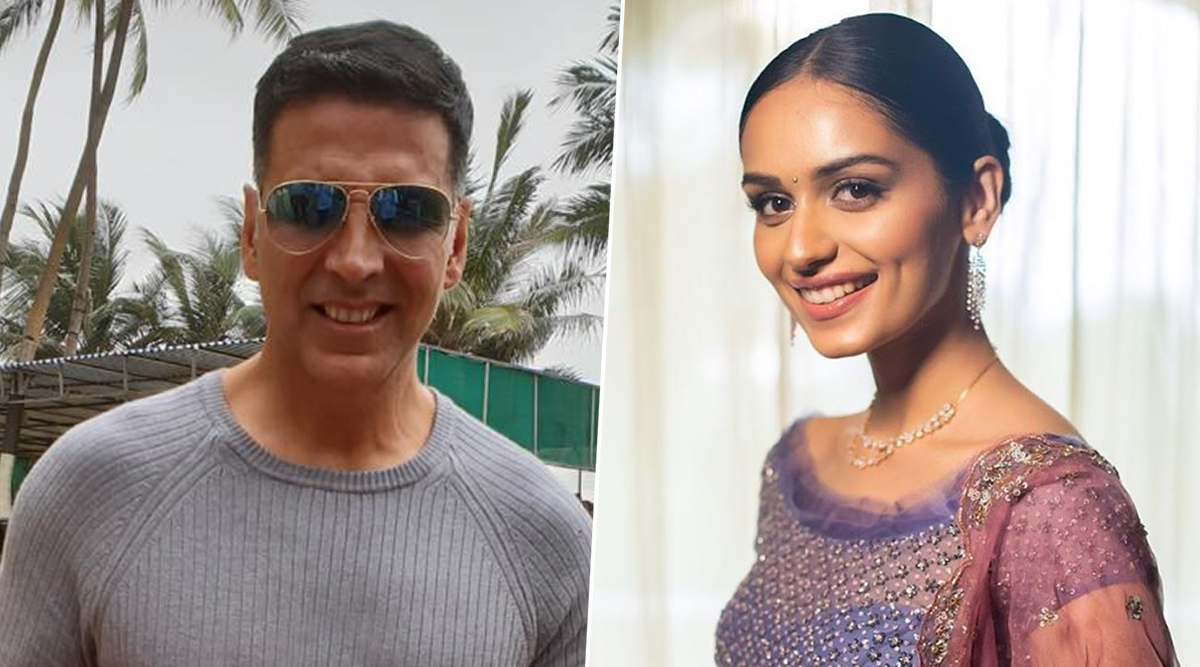 Akshay Kumar's Diwali 2020 release is the period drama on the historical warrior Samrat Prithviraj Chauhan. The film stars 2017 Miss World Manushi Chillar in her Bollywood debut paired opposite Akshay Kumar. Speaking about the project, the Mission Mangal actor told a leading daily, 'It is truly an honour that I will be playing the role of one of the most fearless and courageous kings of India, Prithviraj Chauhan. As a nation, we should always celebrate our heroes and immortalize what they did to propagate the values that Indians lived by'. The Magnum Opus heads for November 13 Diwali release and would clash with Kangana Ranaut starrer Dhaakad. 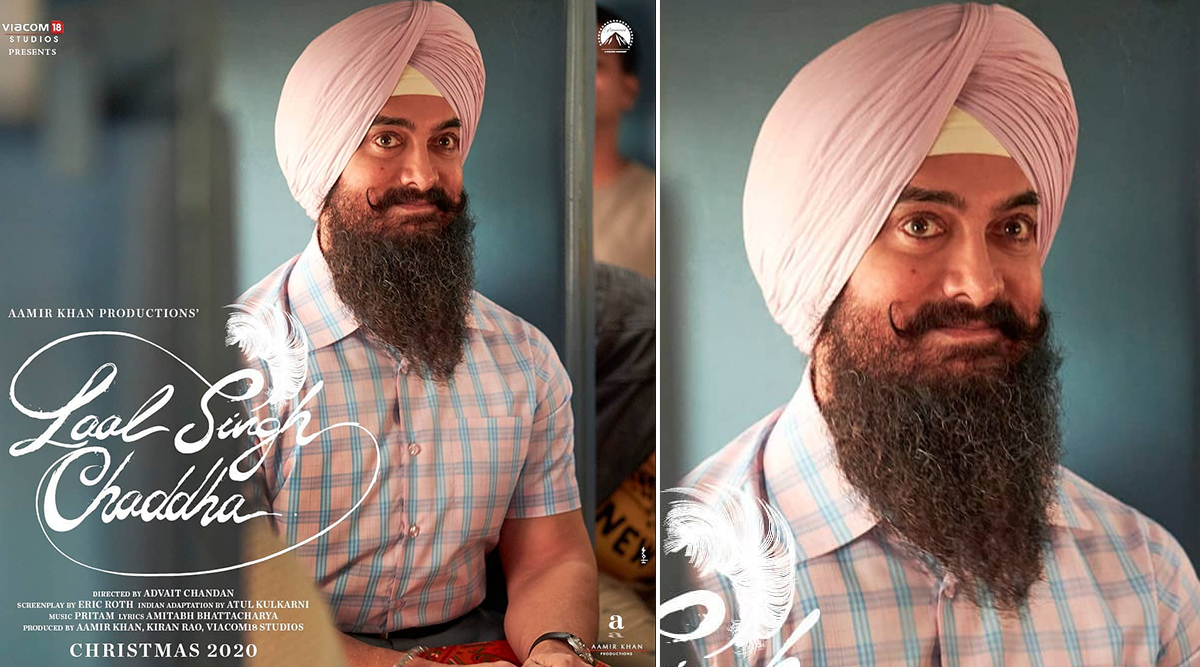 On Aamir Khan's 54th birthday, the Dangal star announced his next project where he will be seen in the role of Laal Singh Chaddha in the remake of Tom Hanks' oscar-winning film Forest Gump. The first schedule of the film kick-started in Chandigarh in November and fans got intrigued by Aamir's Sardarji look in the first place. The film stars Kareena Kapoor Khan as the female lead who reunites with Aamir Khan a decade later after the Blockbuster hit 3 Idiots. The film also stars acclaimed Tamil actor Vijay Sethupathi and Mona Singh in pivotal roles. Helmed by Secret Superstar fame Advait Chandan, Laal Singh Chaddha heads for a December 25, 2020, Christmas release

(The above story first appeared on LatestLY on Dec 16, 2019 11:16 AM IST. For more news and updates on politics, world, sports, entertainment and lifestyle, log on to our website latestly.com).