Gangubai Kathiawadi: Alia Bhatt Welcomes Ajay Devgn on the Sets of Her Film With a Sweet Post

Ajay too shared the same picture on his Instagram handle and expressed his gratitude to be working with Bhansali again. The two had first worked in Hum Dil De Chuke Sanam and are now reunited after 22 years for Gangubai Kathiwadi. 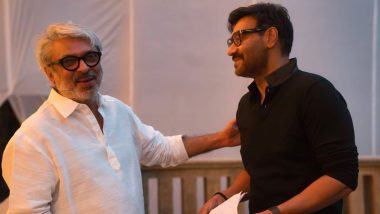 Gangubai Kaithiawadi starring Alia Bhatt is making all the right kind of noises currently. The recently launched teaser of Sanjay Leela Bhansali's powerful big-screen character of Gangubai, portrayed by Alia Bhatt, has created massive buzz and much anticipation for the film. Alia Bhatt is looking impressive as Gangu, the matriarch of Kamathipura and fans have not stopped raving about how good she looks in the teaser ever since it has been unveiled. The film will soon be arriving in theatres and the makers are wrapping up the shoot quicker than ever. Gangubai Kathiawadi: Ajay Devgn to Join Alia Bhatt’s Team for the Shoot From February 27.

Post the lockdown restrictions being lifted, Alia Bhatt began shooting for the film and now Ajay Devgn also joined them on the sets. We had informed you about his arrival yesterday only and now Alia welcomed him with a sweet post on social media. She took to Instagram stories to share a picture of Devgn with her director Sanjay Leela Bhansali and welcomed him on the sets of Gangubai. Ajay and Bhansali can be seen sharing a smile in the picture shared by Alia.

Take A Look At Alia's Story: 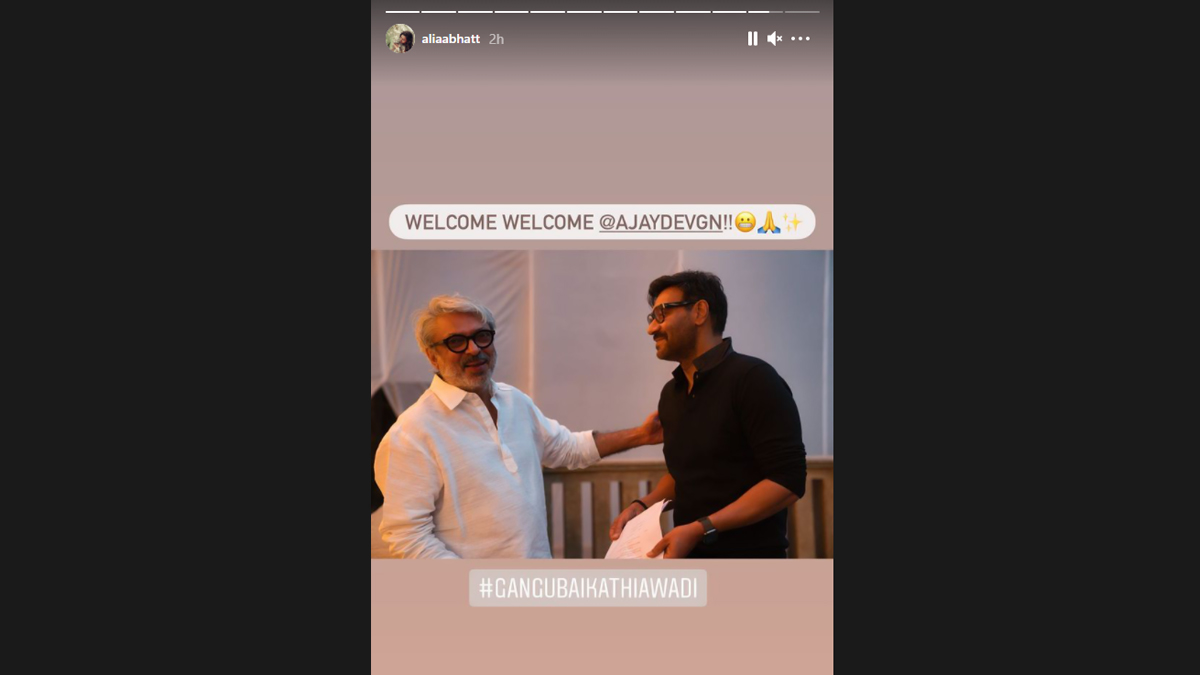 Ajay too shared the same picture on his Instagram handle and expressed his gratitude to be working with Bhansali again. The two had first worked in Hum Dil De Chuke Sanam and are now reunited after 22 years for Gangubai Kathiwadi. The film also marks Alia's first collaboration with the filmmaker. Interestingly, Alia will also be seen in SS Rajamouli's RRR alongside Ajay Devgn. We cant wait to see what role will Ajay play in Bhatt's story. Gangubai Kathiawadi: Ajay Devgn and Emraan Hashmi To Be Paired Opposite Alia Bhatt In This Sanjay Leela Bhansali Directorial?

Talking about Gangubai Kathiawadi, the film is based on the book 'Mafia Queens of Mumbai' written by S Hussain Zaidi. The film showcases the rise of a girl named Gangubai Kothewali, a brothel owner and matriarch from Kathiawad who had no choice but to embrace the ways of destiny and swing it in her favour. Bhansali Productions along with Jayantilal Gada's Pen India Limited will be backing up this film. The movie is scheduled to hit the big screens on July 30, 2021

(The above story first appeared on LatestLY on Feb 27, 2021 08:43 PM IST. For more news and updates on politics, world, sports, entertainment and lifestyle, log on to our website latestly.com).