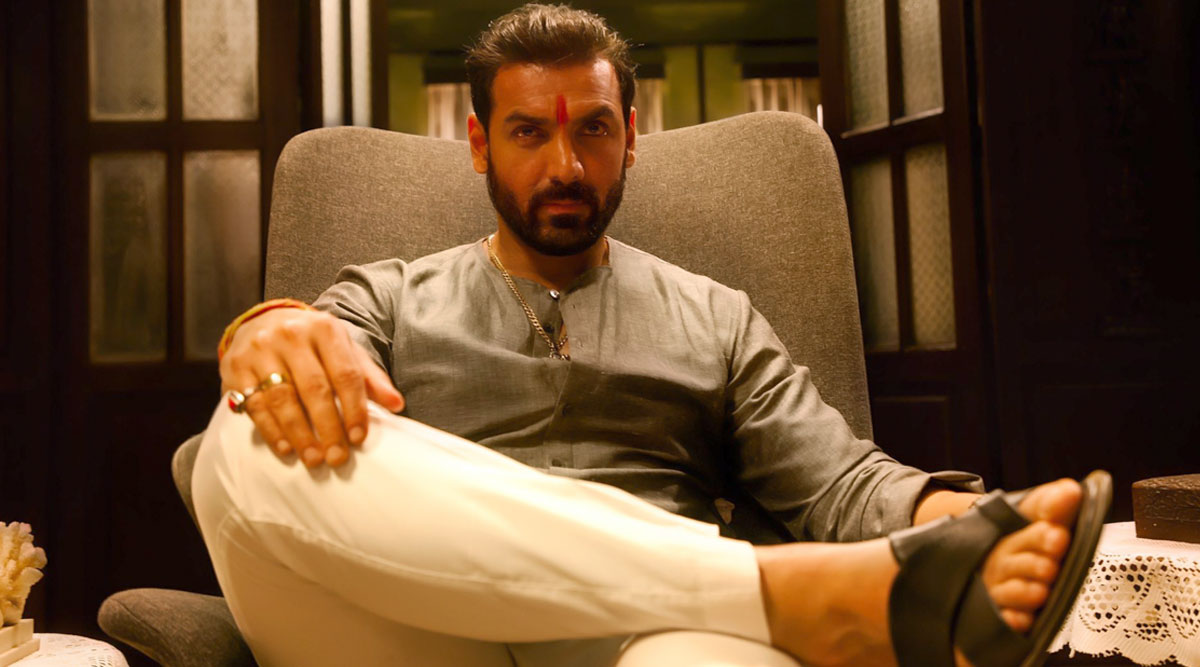 John Abraham and Sanjay Gupta are reuniting for a multi-starrer film, titled Mumbai Saga. The actor and the director have previously worked together in the Old Boy remake, Zinda, which had some good moments. The fans are looking forward to Mumbai Saga, which will be the next film about underworld coming out of Bollywood. The excitement is only going to increase now as the makers have released John's look from the film. Sitting in a chair like a politician, John looks good. He is sporting a tilak on forehead and a gold chain.

We have never seen John Abraham in this avatar. A fact that Sanjay highlighted in his tweet. "One of my favourite moments from MUMBAI SAGA. And of course Mr. Abraham like never before," he wrote. Kajal Aggarwal Wishes John Abraham on His Birthday, Actress Shares a Pic from the Sets of Mumbai Saga.

One of my favourite moments from MUMBAI SAGA.

And of course Mr. Abraham like never before. 😊😊😊 pic.twitter.com/ooKz6wvt1l

Sanjay is intending to reinvent himself with Mumbai Saga. He said in an interview with Mumbai Mirror, "“I’m also reinventing my style, working with people I haven’t worked before. My DOP, Shikhar Bhatnagar, is a debutant with a fresh perspective on the era and it’s also my first with action directors Anbu-Ariv. Having experimented with the genre before, I wanted a new palette."