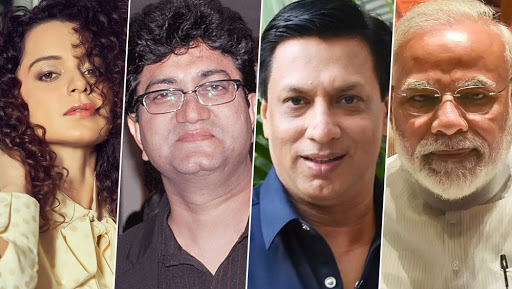 A couple of days ago, 49 celebrities including, Anurag Kashyap, Mani Ratnam and Konkona Sen Sharma, wrote an open letter to Prime Minister Narendra, mentioning their concerns about the spurt of lynching cases. In response, another open letter has been written to the PM by 62 Film Fraternity members. The group comprising Kangana Ranaut, CBFC Chairperson Prasoon Joshi and filmmaker Madhur Bhandarkar has questioned the concerned intellectuals on their selective silence on various issues. Titled 'Against Selective Outrage & False Narratives,' the letter accuses "guardians" and "conscience keepers" of the nation of not speaking out against incidents where Hindus were targetted. Grammy Award winner instrumentalist Pandit Vishwa Mohan Bhatt, Folk artist Malini Awasthi and the Tashkent Files fame Vivek Agnihotri along with wife Pallavi Joshi are also among the 62. Mob Lynching in India: Anurag Kashyap, Konkona Sen Sharma, Mani Ratnam and 46 Others Write Open Letter to PM Narendra Modi

The letter reads "To us, the undersigned, this document of selective outrage comes across as an attempt to foist a FALSE NARRATIVE with the intention of denigrating the democratic ethos and norms of our collective functioning as a nation and people. It is aimed at tarnishing India’sinternational standing and to negatively portray Prime Minister Modi’s untiring efforts to effectuate governance on the foundations of positive nationalism and humanism which is the core of INDIANNESS" It’s a Genuine Grievance: Mamata on Open Letter About Lynchings

Thrashing the selective outrage, the members accused the 49 writers of the first open letter of conspiring to create a false sense of fear.  They compiled a list of incidents such as vandalism of temples and the Sabarimala issue. Read the Open Letter.

Earlier, just before the 2019 Lok Sabha Elections, a total of 100 filmmakers from independent films (feature) and documentaries association in a joint articulation made an appeal to the general public to not vote for the current BJP government. With two back-to-back open letters to PM Modi with the second serving as a counter to the first, the film fraternity of India seems to be embittered and divided by their opinions.