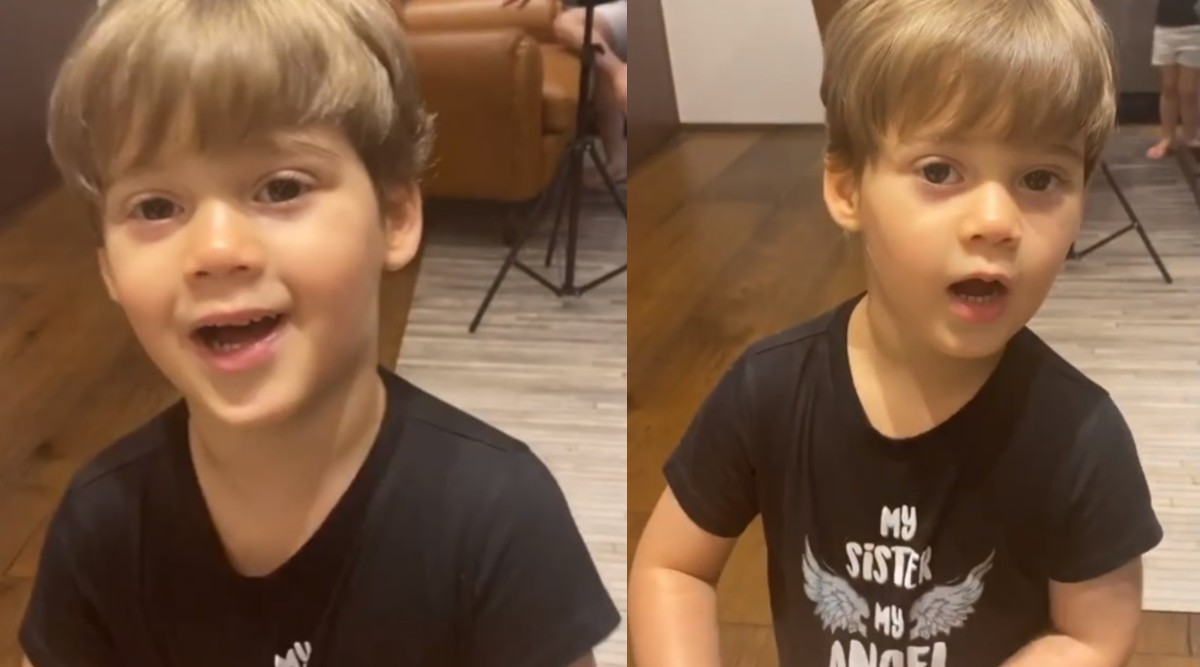 Karan Johar loves quizzes. Many of his GK questions have put actors and actresses in a spot on his show Koffee With Karan. Even if it's as ordinary as who is the President of India, many have faltered and been trolled. Now the filmmaker is doing the same in his house with his kids during the lockdown. His Lockdown With Johars videos are incredibly good. In fact, unknowingly we actually wait for them as his daughter Roohi is the most savage kid we have ever heard. Yash, his son, is exactly the opposite. He is a sweet boy who just called Amitabh Bachchan and Shah Rukh Khan as his country. Yes, in the latest video of the kids he actually said that. Karan Johar’s Kids Yash and Roohi Break Into a Cute Dance on ‘Aankh Marey’ and We Bet Ranveer Singh and Sara Ali Khan Are Loving It Too! (Watch Video)

KJo asks Yash his name, the city he lives in and also the country. While he gets the first two right, the last answer made us laugh loudly!

Now before you start trolling them which is the first reaction of everyone on social media these days, do remember they are kids. They are still learning. But it does say, Yash is a huge Shah Rukh Khan fan!