Tikli and Laxmi Bomb, directed by Aditya Kripalani, is an indie flick that was released straight on Netflix in 2018. The movie was set against the backdrop of sex trade and follows two sex workers as they fight the toxic masculinity they face in their profession. Tikli and Laxmi Bomb had won the Best Film Award at London Asian Film Festival and Berlin Independent Film Festival 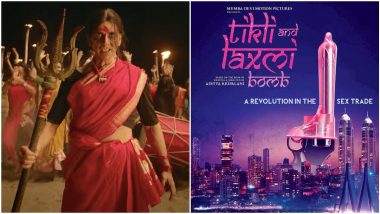 For the past few days, trolls on social media have been attacking Akshay Kumar's upcoming film, Laxmmi Bomb. #BoycottLaxmmiBomb has been trending for quite some time, as the film faces a slew of (random and pointless) accusations. Trolls are angry with Akshay Kumar, whose production house was one of several who filed a suit against mischievous news channels for slandering the industry, Some of the 'fans' of the late Sushant Singh Rajput have also been dragging the actor's name in Sushant's demise. And recently, Laxmmi Bomb is also accused of promoting 'Love Jihad' because Akshay's character in the film is a Muslim married to a Hindu girl. Laxmmi Bomb, a remake of Tamil film Kanchana, is directed by Raghavendra Lawrence and also stars Kiara Advani. Laxmmi Bomb: After Tanishq Ad, Now Akshay Kumar’s Film Is Accused of Promoting ‘Love Jihad’ (View Tweets).

As the film has not yet been released (Laxmmi Bomb will stream on Disney+ Hotstar during Diwali), these trolls are taking to what is the new fad for haters to attack a film - destroying the film's IMDB and Google Score credibility. Unfortunately, it is another film, completely unrelated to Laxmmi Bomb except for having a similar name, that got affected in the process.

Recently in an interview given to The Quint, the director revealed, how when sending the Google score and IMDB links of Tikli and Laxmi Bomb to festivals, he was surprised to see his film's score has gone down. When he checked the negative scores, he found reviews that called it a South remake and also dropped Akshay's name. It's when he realised that haters of Laxmmi Bomb are wrongly trolling his movie.

We checked the IMDB score for Titli And Laxmi Bomb, and at the time of writing this article, it had an impressive rating of 8.3. We also didn't see any 1 or 2 star reviews for the film. Can't say if they have been removed by the makers of this indie film. Though the below graph shows about 2.9% voters giving it 1* during voting. 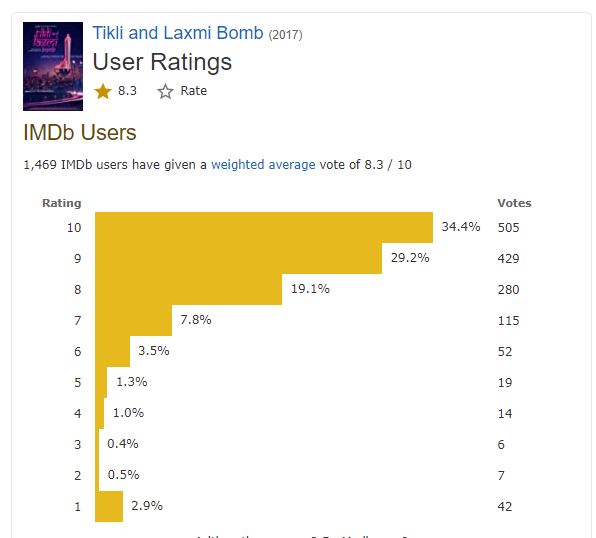 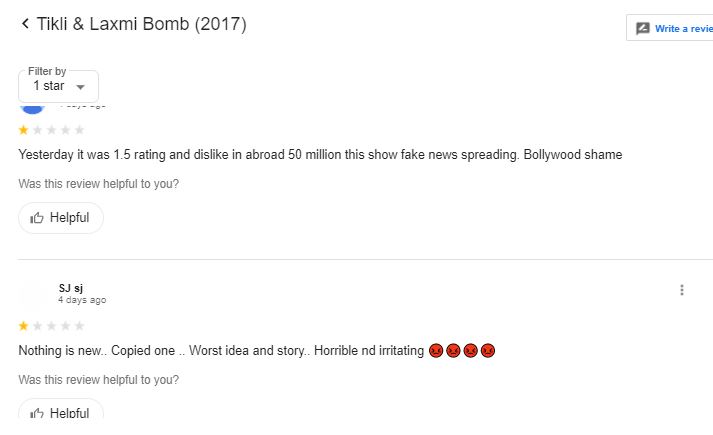 Negative Reviews for Tikli And Laxmi Bomb on Google 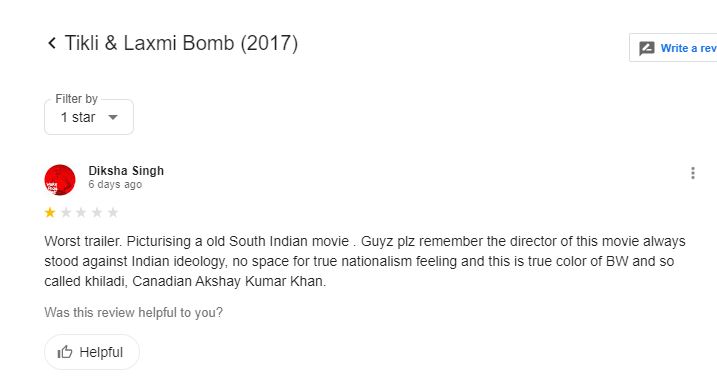 Negative Reviews for Tikli And Laxmi Bomb on Google

This is very unfortunate when you see the irony. Akshay Kumar's film might have already made enough money while selling it to Hotstar, and is getting enough traction, despite the negative publicity. And people will still watch the film, even if it is to hate it. But independent ventures like Tikli And Laxmi Bomb depend on IMDB and Google scores to project itself, and it is sad that they become needless collateral damage in a malicious vendetta. But who will explain this to the haters!

(The above story first appeared on LatestLY on Oct 16, 2020 09:29 PM IST. For more news and updates on politics, world, sports, entertainment and lifestyle, log on to our website latestly.com).