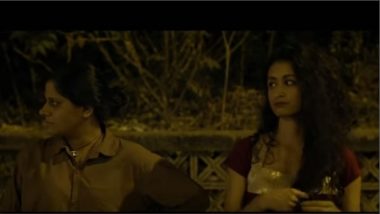 Netlflix is here with another hard hitting movie that is getting appreciated by the fans. The makers dropped the trailer of this film starring Chitrangada Chakraborty, Vibhawari Deshpande, Suchitra Pillai, Upendra Limaye and it is bold and vocal. The plot revolves around the sex workers who pledge the change the system and the way the 'middlemen' in this business work. Planning to take this system the way they want to, they also face some unwanted situations.

Directed by Aditya Kripalani, the film was shown at Berlin Independent Film Festival, UK Asian Film Festival and also won accolades and appreciation at various fests. One interesting fact about this film is that the makers brought in 'all women crew' to shoot the flick!

Check out the trailer here.

Talking about it with The News Minute earlier, Aditya said, "I spent a lot of time talking to sex workers around the SV road area (Mumbai). This would only work practically if I paid them for the sex and had a chat instead. As they're at work and making their living for the night, money is of primary importance and not some pesky guy's questions." The film is now streaming on Netflix. How did you find it? Tell us in the comments section below.

(The above story first appeared on LatestLY on Aug 01, 2018 04:11 PM IST. For more news and updates on politics, world, sports, entertainment and lifestyle, log on to our website latestly.com).