Move Over Sacred Games, Mirzapur Memes and Jokes Are Ruling The Internet These Days - Read Tweets 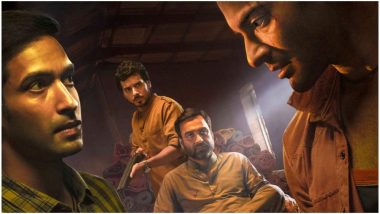 Check out some of the funniest ones here -

To Use One's Own Words Against Yourself!

When someone says Mirzapur is better than sacred games. pic.twitter.com/xX0zeOrZjj

[UP guy gets into an argument]

If You Have Seen It, You Would Get It!

Okay, I Can't Unsee This Now!

Even Punjab Police Have Climbed On Board!

Sanjay Dutt explains how he got addicted to drugs pic.twitter.com/DEgCw68Dmr

So have you seen Mirzapur? Share your thoughts in the comments section below.

(The above story first appeared on LatestLY on Nov 20, 2018 01:14 PM IST. For more news and updates on politics, world, sports, entertainment and lifestyle, log on to our website latestly.com).