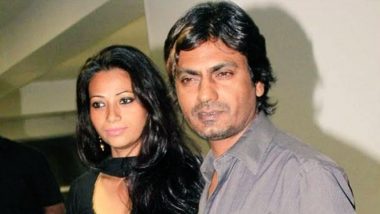 Nawazuddin Siddiqui has been in the eye of the storm for a while now. The day after he made it to his village in UP during lockdown for his mother, his wife Aaliya Siddiqui filed a divorce case and reverted to her original name Anjana Kishor Pandey. In her interview with Bombay Times, Aaliya did hint that there are a lot of things that have happened over the years but she wouldn't want to say anything in public. Today, TOI reported that Nawazuddin's niece filed a sexual harassment case against his brother at the Jamia Polie station. That prompted Aaliya to take to Twitter and predict, "Lot will be revealed, shocking the world as I am not the only one who suffered in silence." Nawazuddin Siddiqui’s Niece Accuses The Actor’s Brother Of Sexual Harassment, Files A Police Complaint In Delhi

Aaliya even accused them of silencing people with money in the tweet. His niece accused that when she went to the actor to complain about it, he said, "Chacha hai, aisa kabhi nahi kar sakte (He is your uncle, he can’t do this).”

This is just the beginning. Thanking God for sending so much support already.

Lot will be revealed, shocking the world as I am not the only one who suffered in silence.

Let's see how much of TRUTH money can buy & who all would they continue to BRIBE.https://t.co/15swqg4Tv5

Aaliya's twitter account is fairly new as it was opened in May 2020. Her first post was on May 20. Since then she has been refuting speculations in the media about the divorce.

(The above story first appeared on LatestLY on Jun 03, 2020 01:30 PM IST. For more news and updates on politics, world, sports, entertainment and lifestyle, log on to our website latestly.com).