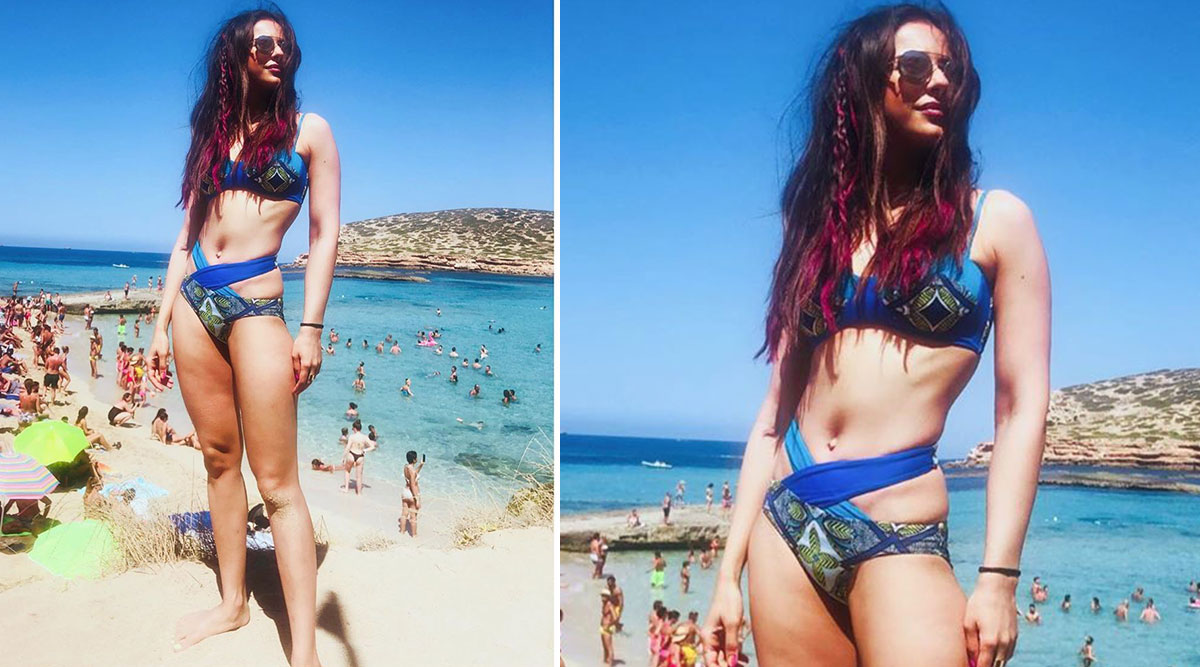 Bollywood celebs and their vacations is a topic of novelty for the fans. With millions of Instagram followers, their feed is one colourful wall of the happenings in their life. A mediocre social media addict cannot really 'unsee' these pics and end up being a part of all their #traveldiaries, virtually atleast! For instance, look at this stunning and lively pic of actress Rakul Preet Singh. Her snap in a blue swim wear, which is an epitome of hotness, is all over the social media already. Jacqueline Fernandez, John Abraham and Rakul Preet Singh to Start Shooting for 'Attack' in January Next Year.

The actress who was last seen in Sidharth Malhotra-Tara Sutaria starrer Marjaavaan and Rajkummar Rao starrer Shimla Mirchi, has taken her break time. She flew straight to Ibiza and hit the visibly crowded beach. She has styled her tresses in beachy waves and a side-braid, and those burgundy highlights are shining well in the sunlight. Check out the pic below.

The 29-year-old actress is right now in form with some big projects in her kitty. After De De Pyaar De and Marjaavaan, she is gearing up for the much-awaited south movie which is Kamal Haasan starrer Indian 2. While speaking about an opportunity to work with Haasan, she once told HT, "He is amazing… One of the most experienced actors in Indian cinema for the variety and the kind of roles he has done. I feel blessed to be able to share the screen with him, that I got the chance to work with him was enough… there was so much to learn." She will also be seen in a romantic drama with Arjun Kapoor and an actioner called Attack. However, as of now, it's all-beach-no-work for Rakul for some time.