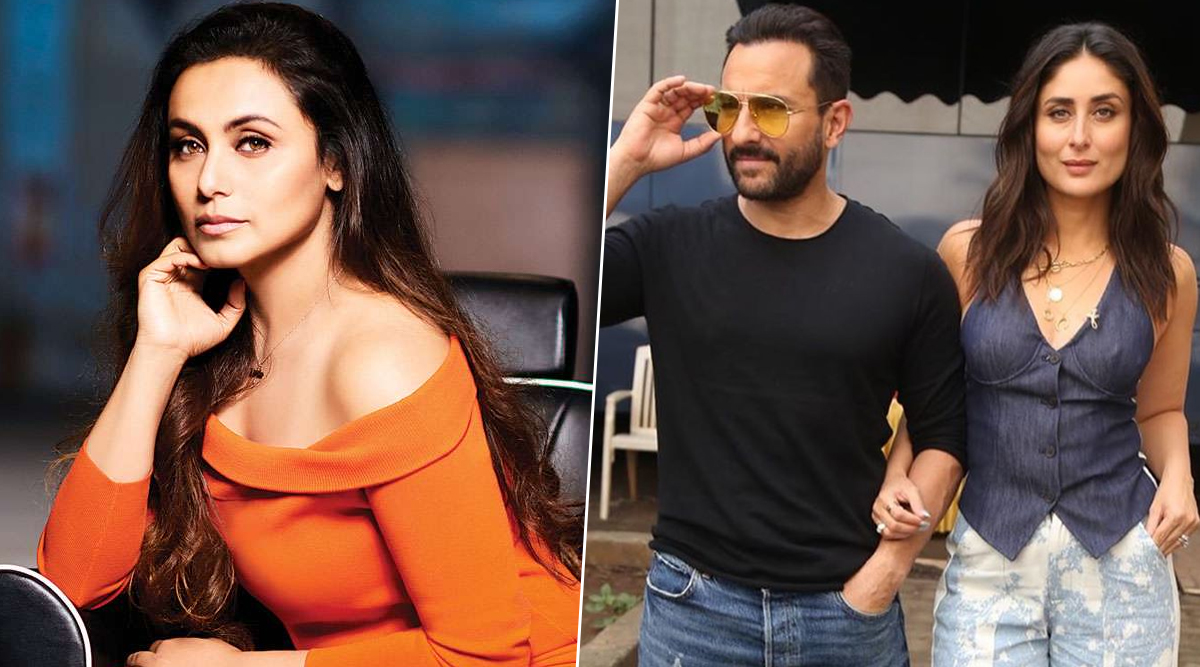 Actor Saif Ali Khan and actress Kareena Kapoor are now happily married, but it was actress Rani Mukerji who played an important role during their dating days. Saif and Rani have worked together in films such as Ta Ra Rum Pum and Hum Tum. Off-screen, she had some good advice for Saif. Saif recollected an instance from the days when he was dating Kareena. He said that when they had just started dating, he had never been out with a working actress before. Mallika Sherawat, Going Gorgeous at 43 Shares Her Diet and Fitness Tips for Fans.

"Rani Mukerji told me once -- just behave like you are in a relationship with a man. Where she meant is, 'don't get into the gender of it. Treat it like an equal. Two heroes in the house. Two people working and you will not have any problems'," he recalled. Saif gave an insight into the couple's chemistry during 104.8 Ishq's What Women Want 2 hosted by Kareena. They also shared with the listeners on how the roles are defined in their marriage in terms of responsibilities. Suniel Shetty On His Daughter’s Dating Rumours With KL Rahul: ‘You Will Have To Ask Athiya About It’

They joked about how Kareena does the work of organising holidays while Saif would just chill. In agreement, Saif said to Kareena: "Generally, you are quite organised. Your time management is amazing and I really respect that. So, I always leave it to you."