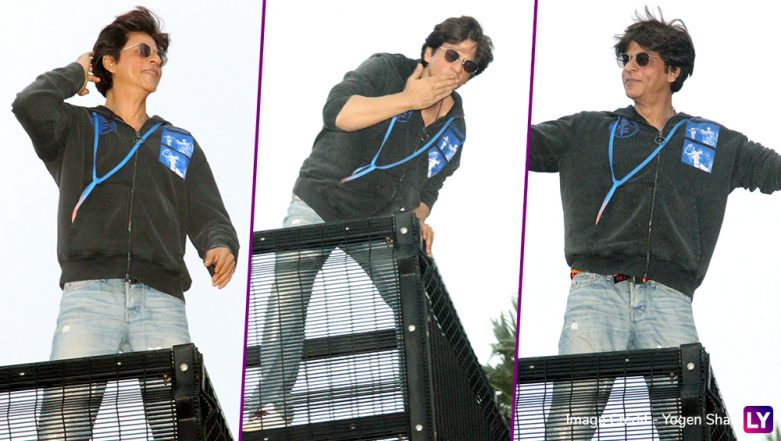 Continuing his annual Eid-tradition, Shah Rukh Khan stepped on the barricaded podium at his house Mannat's garden, to greet fans gathered outside. A sea of fans had come out to see that one glimpse of the actor. And of course, present at the occasion were paparazzi with high-end cameras and zoom lenses. Pictures from SRK's waving at his fans will certainly make any fan feel giddy. Although, the actor got used to seeing his son AbRam waving to the fans alongside him, this time youngest Mr Khan was unavailable for an appearance it seems. Shah Rukh Khan Posts a Charming Throwback Picture As He Wishes Fans on The Occasion of Bakrid.

Shah Rukh was dressed in his casual best for the occasion of Eid. He wore a simple black hoodie (which, of course, only looked simple but must have cost a bomb). A glimmer of a bright orange belt on his denim jeans added a flair to the outfit. Shah Rukh and Gauri Khan’s Mannat As You’ve Never Seen It Before, Check Ultra Glam Pics of Queen Khan Lounging in Her Mumbai Mansion.

Check out the pictures of Shah Rukh Khan on Eid here: 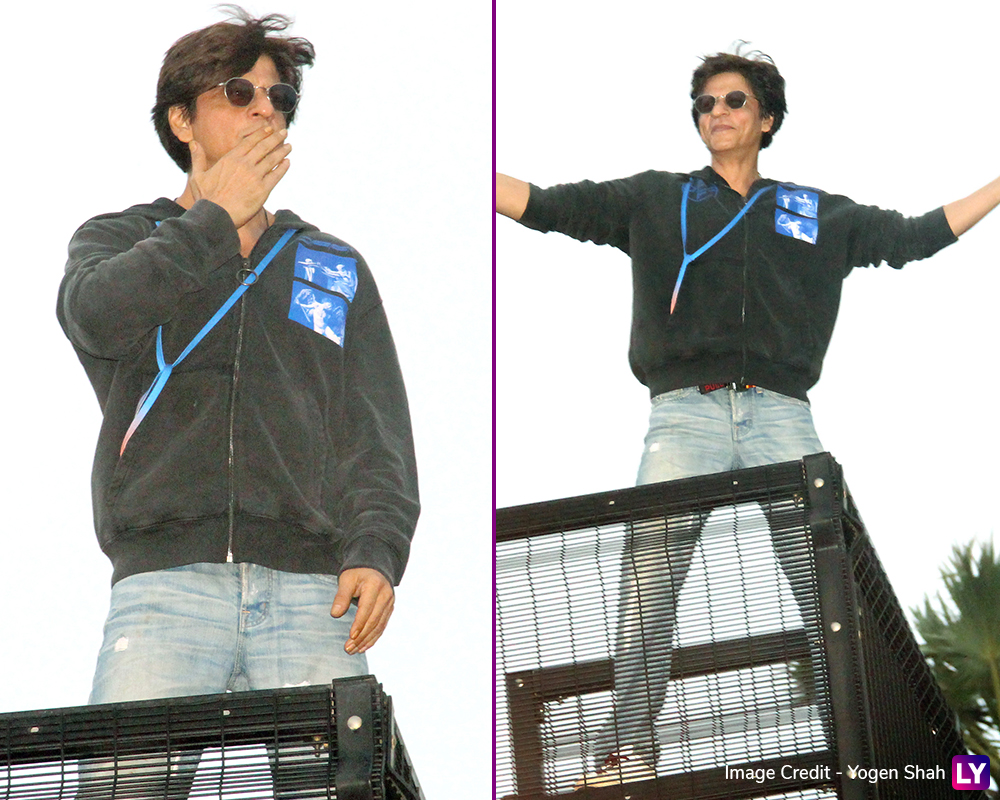 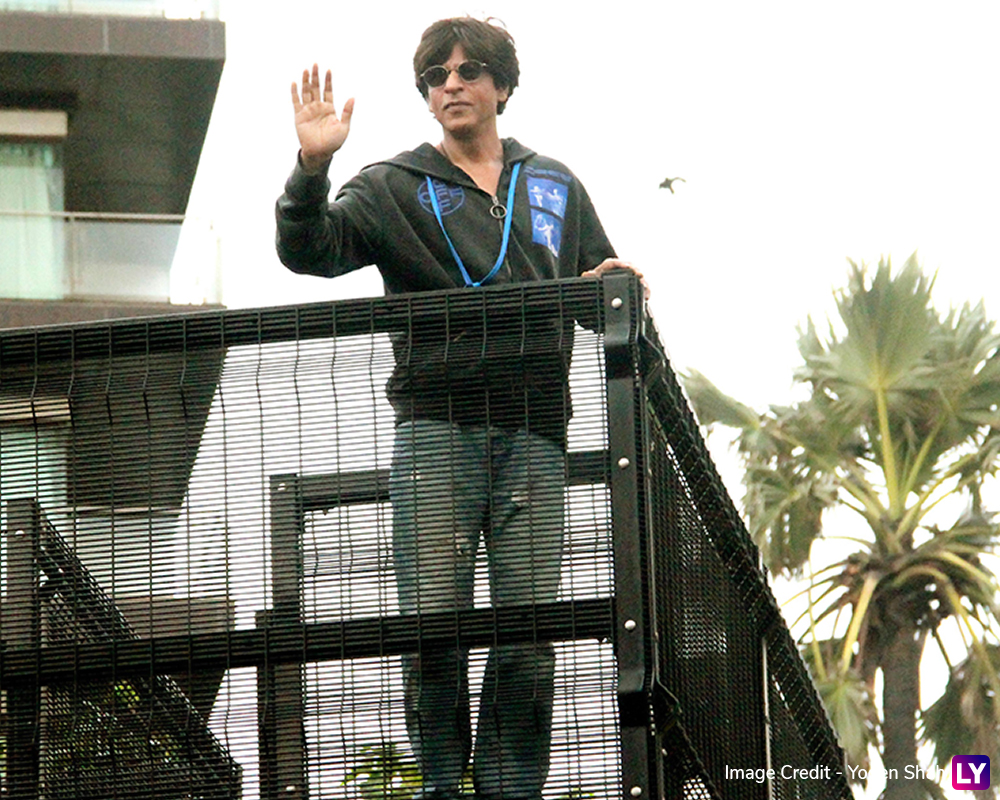 SRK and his iconic pose 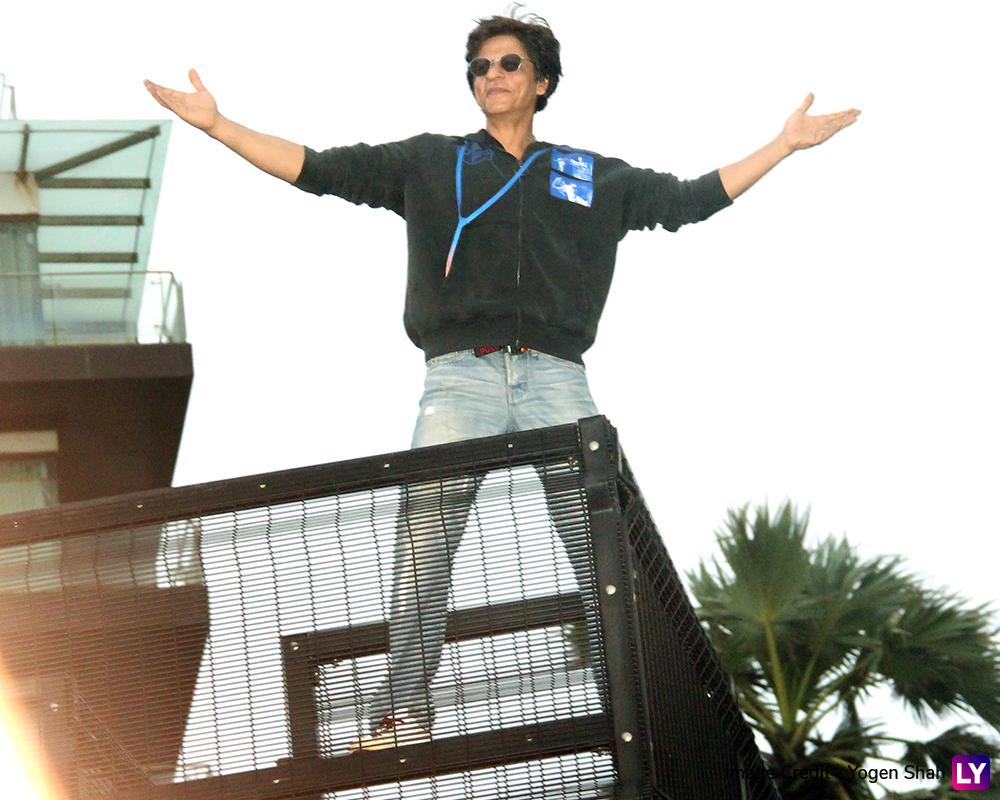 Shah Rukh Khan has not announced any starring projects since the underperformance of his last film, Zero, at the box office. But do not forget we got you exclusive insights of his cameo appearance in the R Madhavan film, Rocketry. While the actor is taking a break from acting, the producer in him is functioning at full throttle. SRK's Red Chillies Entertainment is producing two originals for Netflix. One of those is Bard of Blood, a web-series starring Emraan Hashmi in the lead, while the other is a film, Class of 83, featuring Bobby Deol. The actor's last production Badla was quite a hit at the box office.