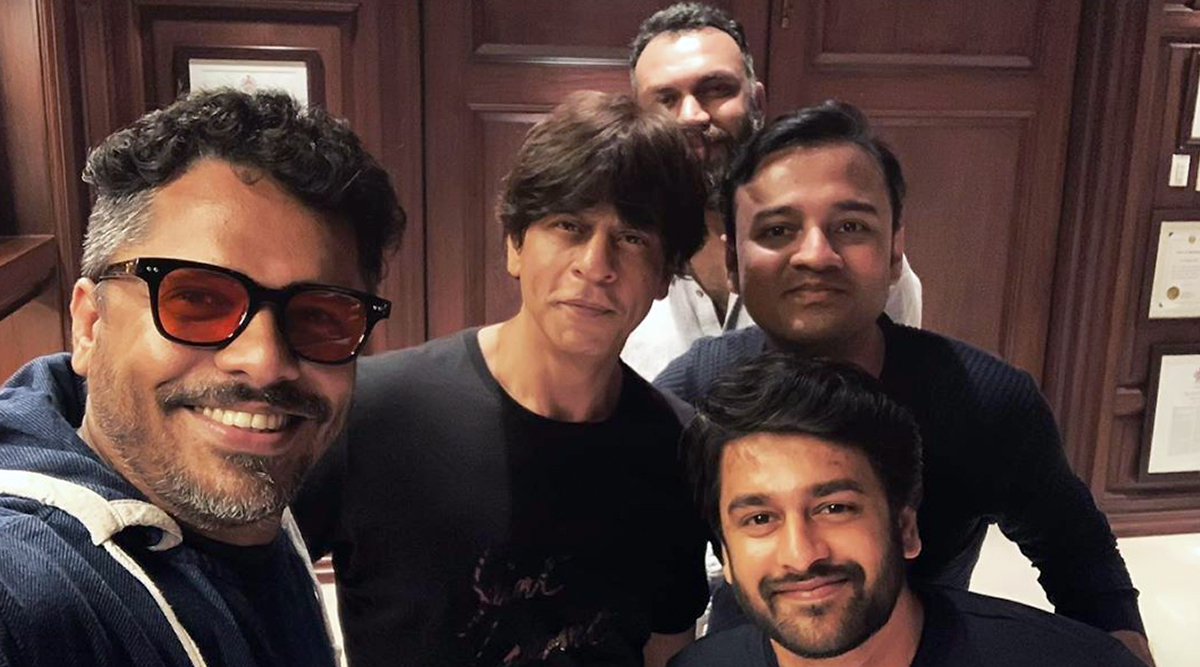 Fans of superstar Shah Rukh Khan have been waiting from quite a long time for an official announcement from the actor about his next. While a lot has been speculated and written about SRK and his next project, it seems like the latest picture featuring King Khan along with a director from the South finally ends the suspense! For the unversed, Shah Rukh was recently clicked with Malayalam director Aashiq Abu. The filmmaker was a guest at Shah Rukh Khan's Bandra abode, Mannat and reportedly their meet lasted for about two long hours. Accompanied along with Abu were producer Shaneem Zayed and writer Syam Pushkaran. Shah Rukh Khan to Make Three Movie Announcements with Directors Atlee, Rajkumar Hirani and Ali Abbas Zafar?

The Malayalam filmmaker took to his Instagram and shared a few pictures from his meet up with SRK. And well, if we go by the happy pictures, can we say that Shah Rukh Khan has signed a film with Aashiq Abu? Well, the answer to this golden question lies only with King Khan. However, after the pictures went viral on the web, a few reports hint that Shah Rukh is part of Aashiq Abu’s yet-to-be-titled movie which will go floors by the end of 2020. We wonder, is this for real? For Shah Rukh Khan's 54th Birthday, World's Tallest Building, Burj Khalifa in Dubai, Lit Up In His Honour (Watch Video).

Thank you @iamsrk. We love you 😘

Earlier, pictures of SRK with Bigil director, Atlee also went viral and fans speculated that the superstar is doing a movie with him. Meanwhile, SRK was last seen in Anand L Rai's, Zero which saw him opposite, Anushka Sharma and Katrina Kaif. Stay tuned!