It was reported that after Aanand L Rai's Zero, SRK will reportedly start shooting for Rakesh Sharma biopic tentatively titled as 'Salute'. 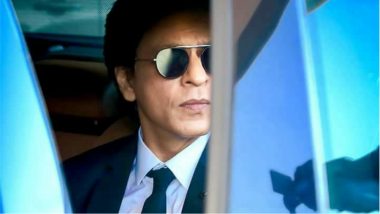 There have been a lot of speculations regarding the mushc-awaited franchise Dhoom's fourth installment. All the previous three installments progressed with bigger and bigger 'thefts' and thieves. John Abraham and his bike, Hrithik Roshan and his disguise and Aamir Khan's twin strategy, each installment had an element of surprise. The thieves in this franchise are more closer to the audience than the cops so what will happen if Shah Rukh Khan enters as one of them! According to the latest Filmfare report, YRF is soon going to announce Dhoom 4 starring SRK!

This announcement will reportedly be done right after the first look of YRF's Thugs of Hindostan will be out. The first look of this fictional drama is much-awaited, thanks to the buzz and the hype around the hidden avatars of Aamir Khan, Katrina Kaif, Amitabh Bachchan and Fatima Sana Shaikh. Well, will be a lot excitement around this announcement for sure. Shah Rukh Khan will be seen doing some action scenes in D4.

It was reported that after Aanand L Rai's Zero, SRK will reportedly start shooting for Rakesh Sharma biopic tentatively titled as 'Salute'. However, there are no developments on that front yet, Dhoom 4 will be taken up by the dimpled superstar first. We hope that the ambitious project on the Indian astronaut is just postponed and not shelved. How do you feel as SRK the latest con in the franchise? Tell us in the comments section below.

(The above story first appeared on LatestLY on Aug 04, 2018 12:40 PM IST. For more news and updates on politics, world, sports, entertainment and lifestyle, log on to our website latestly.com).