Sohum Shah on Social Media: It Can Help Actors Bag Roles but It Doesn’t Matter to Me

Sohum Shah says while social media today has the ability to help actors bag roles, it has never been a criterion for him to get a role or cast someone in a role. Sohum was recently seen in the film The Big Bull, which released digitally. 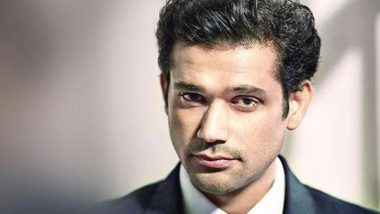 Actor-producer Sohum Shah says while social media today has the ability to help actors bag roles, it has never been a criterion for him to get a role or cast someone in a role. "I feel there is an impact of social media but everyone thinks differently, and makes things in their own way. Social media numbers can get you work. But the process which I follow, it doesn't matter to me. I only cast people on acting skills. If I want to be cast, it also has to be (based) on my work. In my thinking process, social media is not very important," he told IANS. Tumbbad Fame Sohum Shah to Play a Cop in Reema Kagti Directed Amazon Prime Series.

Sohum says that he has been trying his best to not let plans decide his future, adding that he wants to be more spontaneous. "I am a businessman and my struggle is to break this conditioning. As an artiste you need to stay in the moment. So a businessman and an artiste are different in that sense. A businessman needs to plan and an artiste doesn't. I don't think of longterm plans and try to live in the moment," he says. The Big Bull: Sohum Shah Resumes Shoot for Abhishek Bachchan Starrer, Says It Is the Same Set Where Tummbad Was Shot (View Post).

Sohum was recently seen in the film The Big Bull, which released digitally. He is eager to know how people have liked the film. "For me, this is like an exam. There is excitement, nervousness, my look is different from what I had in Tumbbad. Here, I (refers to his character) is scared. I am excited to see how people will react. It's like an exam report," he says.

The film has been released directly on OTT, and Sohum says that this has its set of advantages and disadvantages. "It has its plus and minuses. As an actor and producer, cinemas are always the first choice. It is a dream to see yourself on the big screen as an actor and, as a producer, you want to see your film at the box office. 'The Big Bull' is a mainstream movie. It has songs and larger-than-life characters. We miss a theatrical release. But OTT is also a great platform. A lot of people watch films on OTT and they don't watch movies in cinemas," he says.

(The above story first appeared on LatestLY on Apr 14, 2021 01:56 PM IST. For more news and updates on politics, world, sports, entertainment and lifestyle, log on to our website latestly.com).