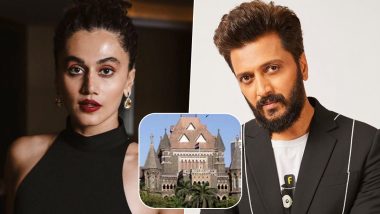 Justice Pushpa Ganediwala of the Nagpur bench of the Bombay High Court, in a judgement passed on January 19 said that if a person is groping a child without any 'skin to skin' contact, then it will not be considered as an act of sexual assault as defined under the Protection of Children from Sexual Offences (POCSO) Act. The verdict left many in shock where celebrities like Taapsee Pannu, Riteish Deshmukh took to social media to react to the decision taken by the court. 'Skin to Skin Contact With Sexual Intent' Must be There And Mere Groping Would Not Amount to Sexual Assault, Rules Nagpur Bench of Bombay High Court.

Taapsee shared a post with a news headline that mentioned the 'skin to skin' statement and said she had no words to describe how she feels about this decision. A few hours later, she tweeted again putting the hashtag #NationalGirlChildDay2021 in her message and said this is what she has to say about the whole incident. Yesterday marked the National Girl Child Day and Taapsee made sure she used it to make it clear how she feels about the verdict.

Ritesh Deshmukh also shared the same post and asked netizens if it was fake news. Director Onir also tweeted a long message expressing his anger towards Bombay HC's decision. He even tweeted saying, "#BombayHighCourt owes an apology to all children and CSA survivors. This is so disturbing." Shibani Dandekar, Raghu Ram also condemned the decision through social media posts. Kangana Ranaut and Sister Rangoli Chandel Get Interim Relief by Bombay HC in Sedition Case Until January 25.

To know that nothing has changed is so devastating... #BombayHighCourt shame on you for being a part of regressive patriarchy that helps perpetuate Child Sexual Abuse . These judges have no moral right To be in court. Shocked at how there is no outrage . https://t.co/q5vIqgzmIW 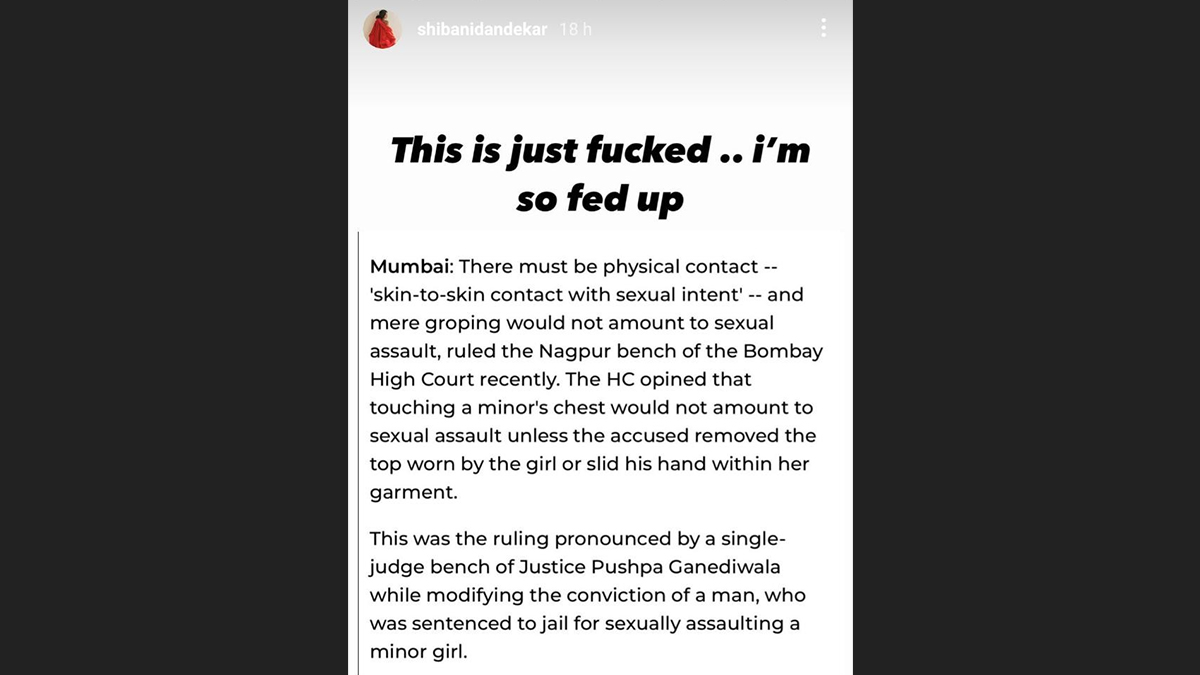 The day of this ruling should be celebrated annually as "Eve-Teasers' Day". https://t.co/941tWexpXS

The Nagpur Bench of Bombay High Court passed the order while hearing a petition by Satish. The man has been convicted by a local court under Sections 354, 363 and 342 of the Indian Penal Code and Section 8 of the Protection of Children from Sexual Offences Act, 2012. Back in December 2016, the accused had taken the minor victim to his house in Nagpur on the pretence of giving her something to eat. He then grabbed her breasts and attempted to remove her clothes.

(The above story first appeared on LatestLY on Jan 25, 2021 03:07 PM IST. For more news and updates on politics, world, sports, entertainment and lifestyle, log on to our website latestly.com).