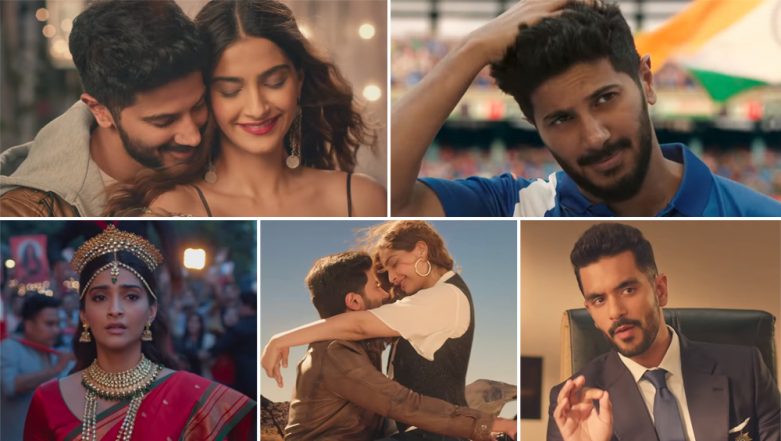 The first trailer of Sonam Kapoor's upcoming film, The Zoya Factor, dropped on the internet today. The movie is based on the book by the same name and tells the story of Zoya, a woman working in an ad agency, who inadvertently becomes the lucky charm for the Indian cricket team. The movie wraps up the 450 pages of the book into one movie, and the trailer crisply wraps the movie in one trailer. The first footage has some very funny moments. Bollywood certainly was in need of more fresh pairings as much as strong female-centric movies. The Zoya Factor aces in both areas. Breaking the mould, it stars South actor Dulquer Salmaan, making this his second Bollywood outing after Karwaan. Sonam and Dulquer look refreshingly good together. The Zoya Factor: All You Need to Know About Zoya Solanki, the Character That Sonam Kapoor Is Playing in the Film.

Sonam looks cute in scenes where she describes how unlucky she is for herself. She also breaks the fourth wall in the trailer, which was quirky. Dulquer will definitely pull the female crowd to the theatres.

Also, Sonam's style game is on point after some time. Last we saw her pull off clothes-to-die-for, it was in Veere Di Wedding. Here her sartorial choices seem to be playing a role in the plot of The Zoya Factor. After she is described as lucky, Sonam only picks red coloured clothes for her cricket outings. Radhe Ma vibes, anyone?

The Zoya Factor has been directed by Abhishek Sharma. The movie also stars Angad Bedi, Rahul Khanna, Sikander Kher, Koel Purie, Sanjay Kapoor in supporting roles. The film opens in theatres on September 20, 2020. Something to look forward to.

We have to give it to Sonam, barring a Sanju, she has mostly picked up good films with powerful female characters. From Neerja to Ek Ladki Ko Dekha Toh Aisa Laga to PadMan, she has been hitting it out of the park. So cool to see her make use of her privilege and pick meaty roles. We hope The Zoya Factor does extremely well paving the path for Sonam to pick even more powerful roles.