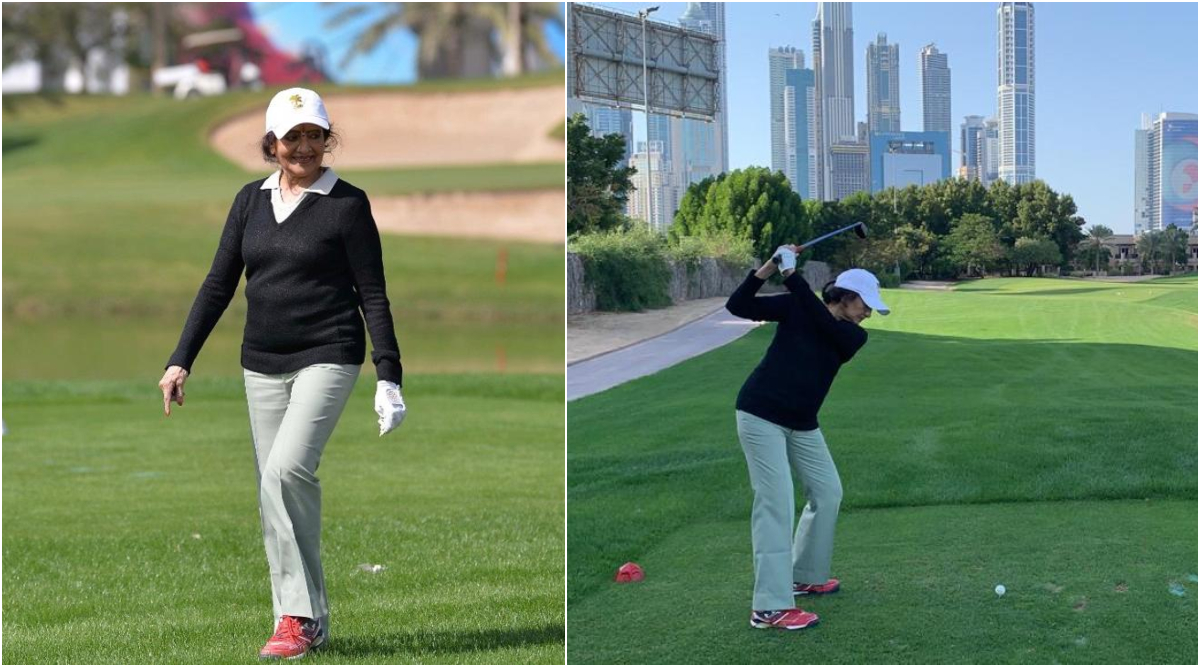 Yesteryear Bollywood actress, Vyjayanthimala who is known to have starred in films such as Sangam, Naya Daur, Jewel Thief among others is sure to become your fitness inspiration after you take a look at these pictures featuring the  80-something actress. While the actress hasn't been in the limelight ever since she bid adieu to films, pictures of her enjoying a game of golf have now surfaced on the internet and it is unbelievable how amazingly fit the 83-year-old actress looks in them. The pictures that have been shared on Twitter, show her playing golf in Dubai. Shammi Kapoor Birthday Special: Badan Pe Sitare to Ehsaan Tera Hoga Mujhpar, Songs Of India's Very Own 'Elvis Presley' That Ruled Our Hearts.

The veteran actress, who has acted in over 75 Hindi films in her illustrious career is known to be an active golfer. In an interview with Gulf News in 2018, the former Bollywood actress spoke about her love for the sport and how she developed her liking for it, she said, "I have been playing golf for a long time. My husband introduced me to the sport. In my younger days, I enjoyed horse riding and also played table tennis and badminton.”

Well, we have to say looking at the pictures where the actress is seen dressed in a formal attire, we can't help but admire how well she has maintained herself.

Here's Another Picture of the Former Bollywood Actress Playing Golf:

The veteran Bollywood actress has also been known to be an ace Bharatanatyam dancer. We are sure these pictures of the yesteryear actress will not only leave you surprised but also inspired to get into a fitness mode.