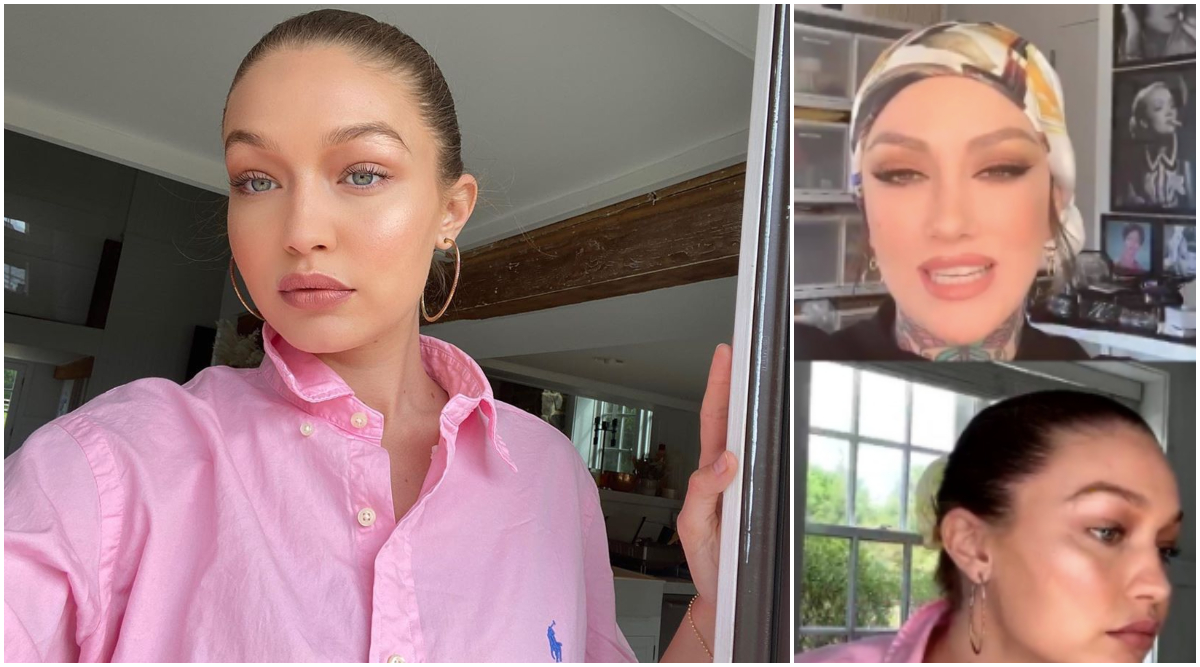 Ever since Gigi Hadid confirmed pregnancy and announced that she's expecting her first child with boyfriend Zayn Malik, fans of the duo have been super excited about it and have also been speculating an engagement of the supermodel and the former One Direction member. Given the coronavirus lockdown, Gigi has been quarantining with Zayn and has been giving a few interviews from home. Recently, Gigi joined a “natural / zoom meeting-ready makeup” tutorial with artist Erin Parsons for Maybelline’s Instagram Live session and spoke about her pregnancy weight as well as speculations that she has gone under the knife. Gigi Hadid and Zayn Malik: 5 Photos of the Expectant Parents Because We Are Happy for Them!

Speaking about any changes that have occurred in her face post-pregnancy, like having fuller cheeks, Hadid said, "It’s so funny, the things you see online," she started. "People think that I shape my brows, like I shape my brows really arched. If you look at baby pictures of me, I’ve had these crazy arched brows since I was born. Also, that people think I do fillers on my face, and that’s why my face is round—I’ve had this since I was born. Especially fashion month, when I was already, like, a few months preggo, you know…"

While it has been said before that pregnancy can result in changes to face, especially weight gain, Gigi happily quipped, "Don’t worry. I’m happy with the natural process of the world."

Last month Gigi confirmed on The Tonight Show Starring Jimmy Fallon that she is pregnant by her longtime on-off boyfriend. She said, "We’re very excited and happy and grateful for everyone’s well wishes and support."Zayn Malik's Former Bandmate Liam Payne Congratulates Him and Gigi Hadid On Their First Child's Announcement.

The duo sparked engagement rumours recently after Zayn was spotted flaunting a new tattoo on his arm that was a poem about love and marriage.