Cannes 2022 Opened the Gate for Potential Oscar Winners, Here's How

The 75th edition of the prestigious Cannes Film Festival witnesses the return of international auteurs, Palme d'Or winning filmmakers, potential summer blockbusters, and many films that will, if everything breaks their way 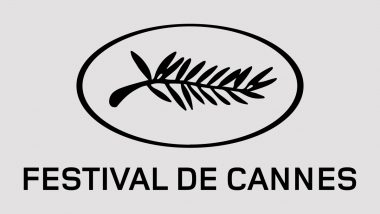 The 75th edition of the prestigious Cannes Film Festival witnesses the return of international auteurs, Palme d'Or winning filmmakers, potential summer blockbusters, and many films that will, if everything breaks their way, be campaigning for the Academy Award during the fall, reports 'Variety'. The track record for Palme d'Or winners going onto Oscar success has varied over the years. Over the past two decades, according to 'Variety', Roman Polanski's 'The Pianist', Terrence Malick's 'The Tree of Life', Michael Haneke's 'Amour' and Bong Joon-ho's 'Parasite' have received best picture nominations. Cannes 2022: Aishwarya Rai Bachchan, Abhishek and Aaradhya Pose for a Perfect Family Picture!

However, 'Parasite' is one of only two Cannes winners that has managed to break it at the Oscars, with the other being 'Marty'. Asian auteur Park Chan-wook is back on the scene with his long-anticipated 'Decision to Leave' from Mubi. The film stars the criminally underrated Tang Wei, who delivered an incredible performance in Ang Lee's 'Lust, Caution' in a role that should have made her a much bigger star, and Park Hae-il, fantastic in 'The Host', 'Variety' reports. Michelle Williams, who is set to play Steven Spielberg's mother in 'The Fabelmans' later this year, is re-teaming with director Kelly Reichardt on the Croisette with the in-competition film 'Showing Up'. Cannes 2022: AR Rahman Explains Why People Should Tell Stories About West and Try To Break the Boundaries.

Fresh off winning Kenneth Branagh an Oscar for original screenplay with 'Belfast', Focus Features is hoping to mirror that success with James Gray's 'Armageddon Time'. With a heavyweight cast including Oscar-winners Anne Hathaway and Anthony Hopkins, the personal drama about Gray's childhood could lead to awards season glory. Gray is revered in France, but his auteur creed has never translated into major success with the Academy Awards or with the U.S. audiences for that matter.

Warner Bros' will bring the life of Elvis Presley with the biopic 'Elvis' starring Austin Butler and two-time Oscar-winner Tom Hanks. Likely to draw comparisons to 'Bohemian Rhapsody' (2018), the Baz Luhrmann drama could be a box-office draw based on the King of Rock's mega-selling catalogue.

(The above story first appeared on LatestLY on May 19, 2022 04:47 PM IST. For more news and updates on politics, world, sports, entertainment and lifestyle, log on to our website latestly.com).