In an interview recently, Evans has shared the reason behind not coming onboard initially before finally taking up the shield. It all started, according to Chris, in 2005 when he played a superhero, Johnny Storm, in Sony's Fantastic Four movies. 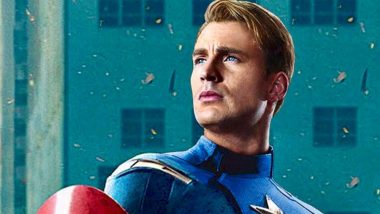 Chris Evans is one talented actor. He has starred in several big movies in his career so far. However, playing Steve Rogers aka Captain America in the Marvel Cinematic Universe has to be the highlight of his impressive resume. However, not many know this, but he rejected the offer by Marvel several times. In an interview with The Hollywood Reporter as part of their Award Chatter podcast, Evans has shared the reason behind not coming onboard initially before finally taking up the shield.

It all started, according to Chris, in 2005 when he played a superhero, Johnny Storm, in Sony's Fantastic Four movies. As the sequel of the film released in 2007, Evans started to suffer from anxiety, as he felt that the better movies he was starring in (for example Danny Boyle's Sunshine) were not getting the attention from the cine-goers that they deserved. In fact, he also got a panic attack while shooting for 2010's Puncture, and that's when he started to think that acting might not be his cup of tea. Here's Who Convinced Chris Evans to Take Up the Role of Captain America After He Rejected it Twice.

When Marvel came knocking at his door and asked him if he was willing to do a screen test for the role of Steve Rogers, he turned them down as he thought his anxiety might take a turn for worse. Later they cut down their offer from a nine-film deal to a few films with more money, but Evans was still not ready to be a part of the gang of the mightiest heroes.

The bosses at Marvel Studios didn't bow down either and were finally able to convince Evans by offering him the part without conducting a screen test. After talking to Robert Downey Jr. (who plays Iron Man), a therapist, and his mom, Evans eventually decided to join MCU. "It was the best decision I ever made," he says. Chris also thanks Marvel's Kevin Seige "for being persistent and helping me avoid making a giant mistake." Well, we cannot imagine anyone else playing Captain America.

(The above story first appeared on LatestLY on May 26, 2020 12:21 PM IST. For more news and updates on politics, world, sports, entertainment and lifestyle, log on to our website latestly.com).