Drew Barrymore Birthday: 5 Rom-Coms Starring the American Actress That Are Too Adorable to Miss 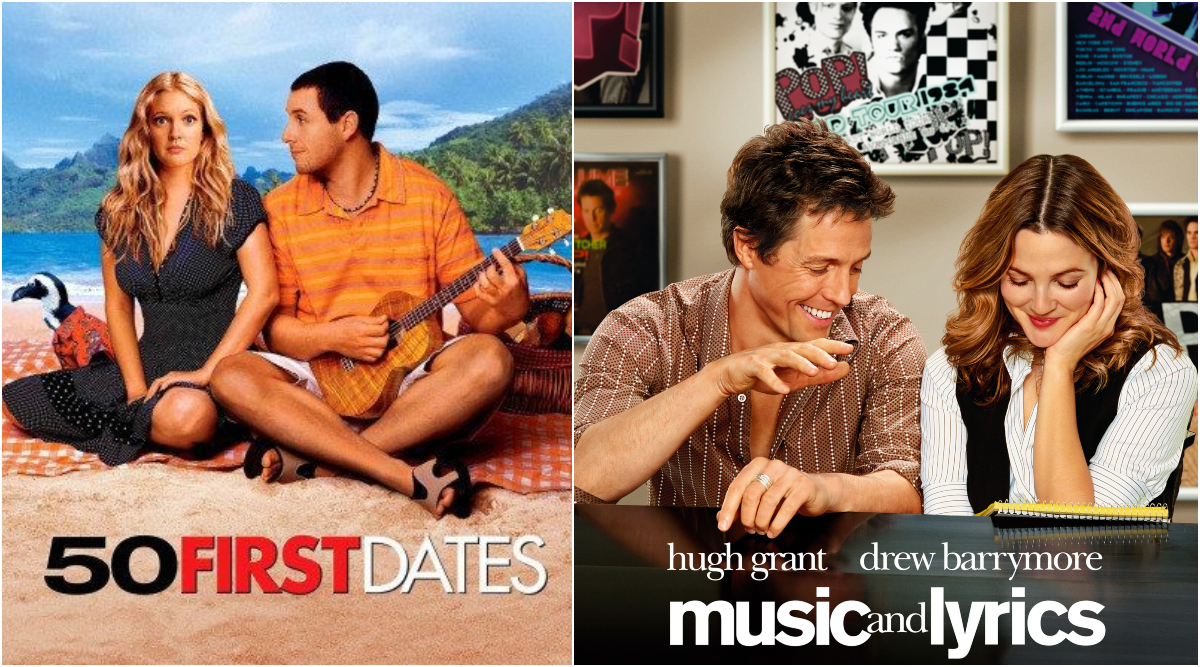 Pick any rom-com from the lates 90s and early 2000s and you will find Hollywood actress Drew Barrymore in it. Known for her sheepishly charming characters, Drew Barrymore has been Hollywood's 'it' girl when it comes to classic 'meet-cute' romances. Of course, the actress first became popular as a child actress after she starred in Steven Spielberg's E.T. the Extra-Terrestrial. She was also a part of the original Charlie's Angels franchise which starred her along with Cameron Diaz and Lucy Liu. Drew Barrymore, Ex-boyfriend Justin Long Still in Touch.

There's no doubt that one of Drew's most popular outings has been the romantic drama 50 First Dates starring Adam Sandler. The duo have teamed up for other films too including The Wedding Singer and Blended. As the American actress celebrates her birthday on February 22, we look at some of the best rom-coms starring her.

Adam Sandler and Drew Barrymore have an amazing chemistry and their effortless interactions make this movie super-cute. If you're into rom-coms, this one definitely tops the list. The film has its bits of emotional moments too but most of it is just adorable fun.

Hugh Grant and Drew Barrymore make one gorgeous couple and in this film, they are the goofy duo who get together while working on a song because he's the musician and she's the lyricist, How much more perfect could a 'meet-cute' be? The film has all the rom-elements including some amazing songs.

This is one of the late 90s rom-coms starring Barrymore that sort of gave the push to her career as the essential romantic-comedy lead. The film starred her along with Michael Vartan. The film is a mix of high-school drama combined with some classic romantic drama tropes. Drew Barrymore Recalls Flashing David Letterman: Watch Infamous Video of Actress Flashing TV Anchor.

5. He's Just Not That Into You

Even though this film has multiple stories and is a multi-starrer, Drew's character Mary is sure to leave a mark on you. She's the ever-so-trusting media planner who can't wait to find the right guy but unfortunately keeps running into the wrong ones until fate brings her together with Kevin Connolly's Connor.

There's always a good time to sit back and watch romantic-comedies given that there's nothing like enjoying some light-hearted humour. If you're looking for something like this, do check out these amazing rom-coms starring Drew Barrymore!