The filming aside, the movie stars Phoebe Waller-Bridge, Mads Mikkelsen, Antonio Banderas and many others. The movie is now scheduled to be released on June 30, 2023. 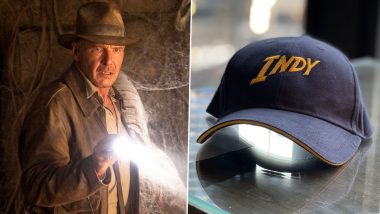 The fifth installment of the 'Indiana Jones' franchise has been wrapped up. After years of false starts and multiple delays, the production on the untitled fifth installment of the action-adventure film series has finally finished, reports aceshowbiz.com. The film's director James Mangold and producer Frank Marshall took to Twitter on Sunday, February 27 to celebrate it. Indiana Jones 5: Mads Mikkelsen Joins Harrison Ford, Phoebe Waller-Bridge's Adventure Saga.

Mangold used a still from 1981's 'Raiders of the Lost Ark' to signify the next phase, which is post-production. "And so begins the first day after the storm..," he captioned the picture. Marshall, meanwhile, posted a picture of a blue cap with the protagonist's signature nickname "Indy", which could be the title of the film. "That's a wrap!!! #indianajones," he simply declared.

The completion of the production arrives just a little over a week after Marshall tweeted that filming was "in the home stretch," along with an exterior photo of Pinewood Studios, where the movie was filmed. Ever since 'Indiana Jones 5' kicked off production in the summer of 2021, it faced several setbacks. Just weeks after the filming started, Harrison Ford sustained a shoulder injury while rehearsing for a fight scene.

His injury forced the closure of the production for three months. In November, a crew member died during the filming of the movie in Morocco. Camera operator Nic Cupac was found dead in his hotel room in the city of Fes in November 2021. "Our hearts go out to the family and friends of Nic Cupac, an incredibly talented colleague and member of the film community who will be greatly missed," a production rep told the New York Post. Harrison Ford Injures Shoulder on Indiana Jones 5 Set While Rehearsing a Fight Scene For the Action Adventure.

His cause of death was not disclosed, but the rep added that Cupac's "sudden passing was not production related." Earlier this month, another crew member suffered a heart attack during filming of the final scenes. According to a source, the man suddenly collapsed, prompting a panic situation. Ford, who was standing nearby, reportedly yelled, "Get me a medic quick."

The filming aside, the movie stars Phoebe Waller-Bridge, Mads Mikkelsen, Antonio Banderas and many others. The movie is now scheduled to be released on June 30, 2023.

(The above story first appeared on LatestLY on Feb 28, 2022 11:12 AM IST. For more news and updates on politics, world, sports, entertainment and lifestyle, log on to our website latestly.com).