Jessica Campbell, Reese Witherspoon’s Election Co-star Passes Away at 38, Cause of Death Unknown

Jessica had been struggling with chest congestion for quite some time but the family did not see any other symptoms of her contracting Covid. 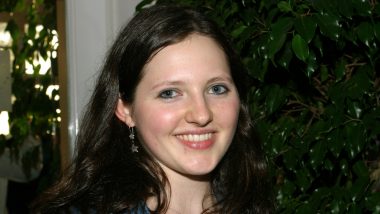 Jessica Campbell, who is popular for her roles in films like Reese Witherspoon starrer Election and cult classic series Freaks and Geeks, has passed away at the age of 38. The actress had given up acting to become a naturopathic physician. She reportedly died last month when she was declared dead on December 29 by the doctors. Jessica was in Portland at the time of his death. Her family confirmed the news and revealed that they are still waiting for the post mortem report. Reese Witherspoon to Produce and Star in Two Romcoms for Netflix.

Her cousin, Sarah Wessling talked to TMZ and confirmed that Jessica passed away back in December. Recalling the incident she also told the news portal that Jessica had gone to her clinic as usual and met family later in the day before the tragic incident took place. She revealed that Campbell went to the bathroom and never came out and when her aunt went to check on her, she found her collapsed on the floor. Jessica had been struggling with chest congestion for quite some time but the family did not see any other symptoms of her contracting Covid.

Jessica's Election co-star Reese Witherspoon tweeted about her demise and expressed her grief. Expressing her condolences in a tweet, Witherspoon wrote, “So heartbroken to hear this. Working with Jessica on ‘Election’ was such a pleasure. I’m sending all my love to Jessica’s family and loved ones.” Jessica is survived by husband Daniel, her mother and an aunt and her 10-year-old son Oliver. James Franco Returns In The #MeToo News, Busy Philipps Reveals Details Of Physical Assault On The Sets Of Freaks And Geeks.

So heart broken to hear this. Working with Jessica on Election was such a pleasure. I’m sending all my love to Jessica‘s family and loved ones. https://t.co/xEt6bOwWqE

Cambell’s cousin Sarah Wessling has also set up a GoFundMe campaign to arrange for the funeral costs and provide for Campbell’s son Oliver. Asking for donations, her sister wrote, “A true adventurer in every sense of the word, Jessica packed a staggering amount of experiences into her tragically short lifetime. She could always be counted on as the instigator of, or at the very least a willing accomplice to, various forms of mischief and hijinks. To know her is to have an over-the-top story involving her. To know her is to have known true friendship.” May her soul rest in peace.

(The above story first appeared on LatestLY on Jan 15, 2021 03:16 PM IST. For more news and updates on politics, world, sports, entertainment and lifestyle, log on to our website latestly.com).