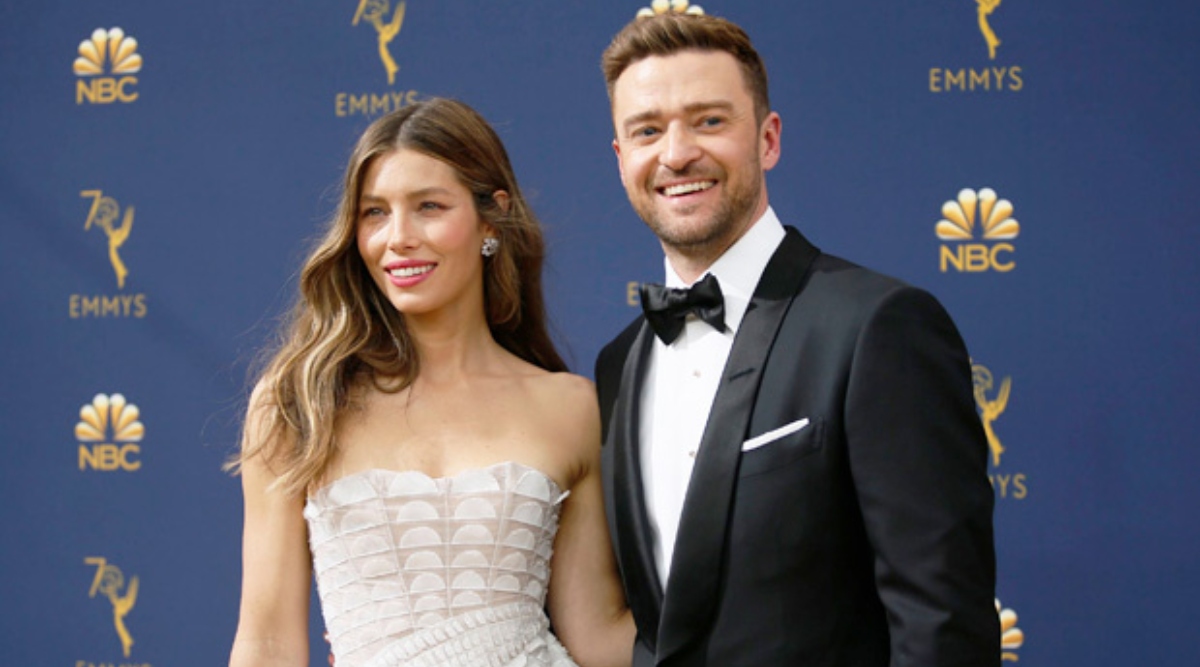 Washington D.C., January 11: Nearly two months after Justin Timberlake was spotted holding hands with his 'Palmer' co-star Alisha Wainwright, he was spotted with his wife Jessica Beil on a dinner date in Los Angeles putting the recent drama behind.

According to People magazine, the couple was photographed for the first time together since the singer was seen holding hands and mingling closely with Alisha Wainwright, his co-star on the upcoming film Palmer, in New Orleans on November 23. Justin Timberlake Regrets His Behaviour, Apologises To Wife Jessica Biel for Holding Hands with His Palmer Co-star Alisha Wainwright.

Post the holding hands incident with his co-star, the 38-year-old singer-songwriter also issued a public apology on Instagram, in which he apologised to his wife Biel. Timberlake got married to Biel in 2012 and the couple share 4-year-old son Silas.

Earlier, Wainwright's rep stated that there is "no validity" to the romance rumours, the returned to work on the Palmer set alongside Timberlake shortly after the scandal.According to a source close to the sets of the movie, "Nothing has changed or been influenced by the press reports. The show goes on. "Previously, a source told that Timberlake and Biel would find a way to "work through" the situation.

The insider stated that "It was good that he apologized publicly but obviously the real work he is doing is in private, and hopefully this was just a bad drunken night of this type of behaviour. "Another source to Biel stated that she is likely looking to preserve her family amid the controversy and move on with their life. Will Justin Timberlake and Jessica Biel’s Marriage Be Affected after Pic of the Singer Holding Hands with Alisha Wainwright Went Viral?

Timberlake drank too much this time, but Biel believes that the singer didn't cheat on her. "What's most important to her in life is her family and being the best mom to Silas. She'll never break up her family over something like this," added the source.