Lili Reinhart On Coming Out As Bisexual: I Was Attracted to Women From a Young Age 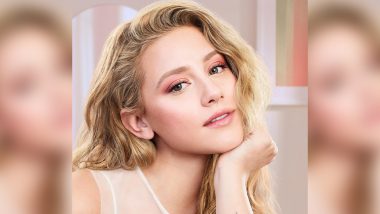 Actress Lili Reinhart said she was attracted to women from a young age, and people close to her knew her truth all along. In an interview to Flaunt magazine, the "Riverdale" star revealed that she felt comfortable coming out after experiencing an abundance of solidarity while marching at a protest alongside the LGBTQ community, reported people.com. Lili Reinhart on Battling Anxiety Amid COVID-19 Pandemic, Says ‘I Get Myself Hyped Up About Very Dumb Things’.

"I knew full well that I was attracted to women from a young age," she said, adding: "I felt that since I've exclusively been in hetero-normative relationships, it would be too easy for any outsider, especially the media, to vilify me and accuse me of faking it to get attention." The 23-year-old added: "That's not something I wanted to deal with. But to my close friends, and those in my life, my bisexuality has been no secret."

In June, the "Riverdale" star shared in an Instagram Story that she would be attending an LGBTQ for Black Lives Matter protest in Los Angeles, which was meant for members of the LGBTQ community who were standing in solidarity with the anti-racism movement.

"Although I've never announced it publicly before, I am a proud bisexual woman," she wrote at the time, adding: "And I will be joining this protest today. Come join."

Reinhart most recently dated her "Riverdale" co-star Cole Sprouse. The pair were first linked in July 2017 and seemingly split for the first time in July 2019 before they rekindled their romance two months later.

(The above story first appeared on LatestLY on Aug 09, 2020 07:18 PM IST. For more news and updates on politics, world, sports, entertainment and lifestyle, log on to our website latestly.com).