This is not a drill. Tom Cruise's next film to be shot in space is not a parody but a true story as NASA confirmed it. 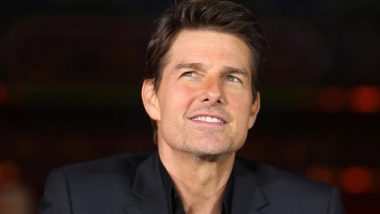 Tom Cruise shooting his next film in space made everyone go crazy. While many were astounded by the possibilities that lay ahead, there were also a few of them who weren't sure if it was true. Well, it's time to throw all your doubts out of the window because it's true. NASA Administrator Jim Bridenstine tweeted about this historic moment and exulted, "NASA is excited to work with @TomCruise  on a film aboard the@Space_Station! We need popular media to inspire a new generation of engineers and scientists to make @NASA ’s ambitious plans a reality." Tom Cruise Just Pushed all Boundaries, Will Collaborate with Elon Musk's SpaceX For a Movie to be Shot in Space

Elon Musk's SpaceX is working with NASA to shoot an action film with Cruise toplining the cast. When Deadline broke the news a few days back, it sounded like a parody but turns out they were right after all. The report had informed there are no studios attached to the project, yet!

NASA is excited to work with @TomCruise on a film aboard the @Space_Station! We need popular media to inspire a new generation of engineers and scientists to make @NASA’s ambitious plans a reality. pic.twitter.com/CaPwfXtfUv

It's an incredible piece of news because it opens floodgates to a world of opportunities for the film industries across the globe. From stepping on the moon to filming a movie in space, human civilisation has come a long way and who better than Tom to cruise us ahead (excuse us for the pun, couldn't help it!)

(The above story first appeared on LatestLY on May 06, 2020 01:03 PM IST. For more news and updates on politics, world, sports, entertainment and lifestyle, log on to our website latestly.com).