The Hollywood star Shamier Anderson who will be seen in John Wick 4 as well, is set to star in the new movie Tin Soldier. The movie is being directed by Brad Furman and will also star Jamie Foxx, John Leguizamo and others. 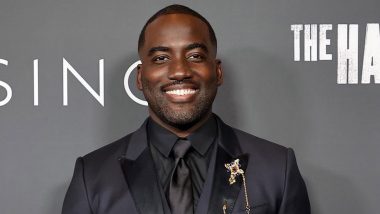 Hollywood actor Shamier Anderson, who will be seen in John Wick 4, has been signed for another film. This time, it's the Brad Furman directorial Tin Soldier, the shooting for which is currently underway in Greece, reports Deadline. John Wick Chapter 4: Makers of Keanu Reeves' Action Film Lock March 24, 2023 Release Date.

The film brings together the duo of Shamier and Furman after the former starred in City Of Lies. As per Deadline, the film also stars Jamie Foxx, Robert De Niro, Scott Eastwood, and John Leguizamo.

Tin Soldier follows the story of The Bokushi (played by Jamie Foxx), who preaches to hundreds of veterans who have been drawn to the promise of protection and purpose under him. Surrounded by his devout military-trained followers, he has built an impenetrable fortress and amassed an arsenal of weapons. The Burial: Alan Ruck Joins the Cast of Amazon Studios’ Film Alongside Jamie Foxx, Tommy Lee Jones.

After several failed infiltration attempts, the government - in the form of military operative Emmanuel Ashburn (essayed by De Niro) - recruits Nash Cavanaugh (Eastwood), an ex-special forces asset, who was once a disciple of The Bokushi. Nash agrees to use his vulnerable past and insider knowledge of the enigmatic leader to finally get revenge on the man who took everything from him, including the love of his life.

(The above story first appeared on LatestLY on May 27, 2022 06:36 PM IST. For more news and updates on politics, world, sports, entertainment and lifestyle, log on to our website latestly.com).