Indian Film Festival Of Melbourne To Be Held In October! (Read Details)

The Indian Film Festival Of Melbourne aka IIFM was originally scheduled to take place in August this year. But the festival organisers had to explore fresh dates in the wake of coronavirus outbreak. 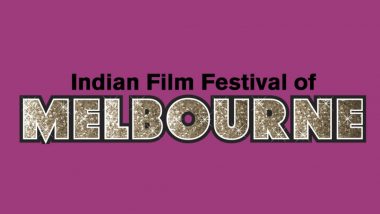 The Indian Film Festival Of Melbourne aka IIFM was originally scheduled to take place in August this year. But the festival organisers had to explore fresh dates in the wake of coronavirus outbreak. The organisers postponed IIFM to the second half of the year. The organisers have made the official announcement and  IIFM will be taking place in October. The date scheduled for IIFM is from October 30 to November 7 and the festival organisers have said that the event will be organised by adhering to the safety guidelines issued by the authorities in the wake of coronavirus outbreak. Cannes Film Festival 2020, Scheduled For May 12, to be Postponed Until June or July, Say Organisers.

Several events had to be cancelled or delayed owing to the ongoing global crisis. Regarding Indian Film Festival Of Melbourne, the organisers will be inviting some of the leading stars to a virtual masterclass. The participants are required to watch a classic and that would be discussed with a leading director after the end of the session, reports Mid-Day. Oscars 2021: 93rd Academy Awards Get Postponed; Here's the Complete Schedule With Nominations Announcement to Ceremony Dates.

YES!! We are coming back. Countdown begins for the most awaited festival of the year.

The festival director, Mitu Bhowmick Lange, was quoted as saying, “This is a unique way for film lovers to stay engaged, entertained and educated while at home in these unprecedented times. We have a strong line-up of filmmakers from various parts of India.” The report also cites that the awards gala has been pushed back to next year.

(The above story first appeared on LatestLY on Jun 29, 2020 09:34 AM IST. For more news and updates on politics, world, sports, entertainment and lifestyle, log on to our website latestly.com).