Pirates Of The Caribbean Stunt Director Don Lee Wants to Cast Mahesh Manjrekar as a Gangster!

International action director Don Lee is keen on directing actor-filmmaker Mahesh Manjrekar in the role of a gangster someday! The duo has collaborated on Mahesh Manjrekar's forthcoming directorial, a war-drama web series 1962: The War in the Hills. 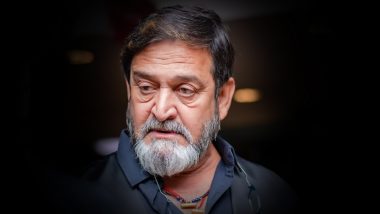 International action director Don Lee is keen on directing actor-filmmaker Mahesh Manjrekar in the role of a gangster someday! The duo has collaborated on Mahesh Manjrekar's forthcoming directorial, a war-drama web series 1962: The War in the Hills. Expressing his eagerness to direct Manjrekar in a gangster's role and sharing his experience of working with him in the web series, Lee shared: "I would love to be able to direct Mahesh in a movie, to have him play a gangster. Mahesh Manjrekar: I Would Not Like OTT Censorship but There Are Some People Who Really Take Advantage.

Mahesh has been awesome. He's a genius, he's a problem solver. I've enjoyed working with Mahesh. I've learnt a lot from him. I mean he's one of the best people I've ever seen in this business." "I think Mahesh is an amazing filmmaker to be honest, and one of the best editors I've ever seen. Like I said, I've enjoyed working with him and we have a lot of creative conversations," he added. Mahesh Manjrekar Lands in Legal Trouble for Allegedly Slapping And Abusing A Man, Police Registers Non-Cognisable Offence Against the Actor-Director.

Lee has been associated with stunt direction in the "Pirates Of The Caribbean" franchise and "Star Trek Beyond" among other global hits. "1962: The War In The Hills", a 10-episode series, streams on Disney+ Hotstar VIP and Disney+ Hotstar Premium from February 26. The series, inspired by true events, has been shot in the higher terrains of Ladakh and remote villages across India, and it features Abhay Deol, Akash Thosar, Sumeet Vyas, Rohan Gandotra, Annup Sonii, Meiyang Chang, Mahie Gill, Rochelle Rao, and Hemal Ingle in key roles.

(The above story first appeared on LatestLY on Feb 24, 2021 02:47 PM IST. For more news and updates on politics, world, sports, entertainment and lifestyle, log on to our website latestly.com).