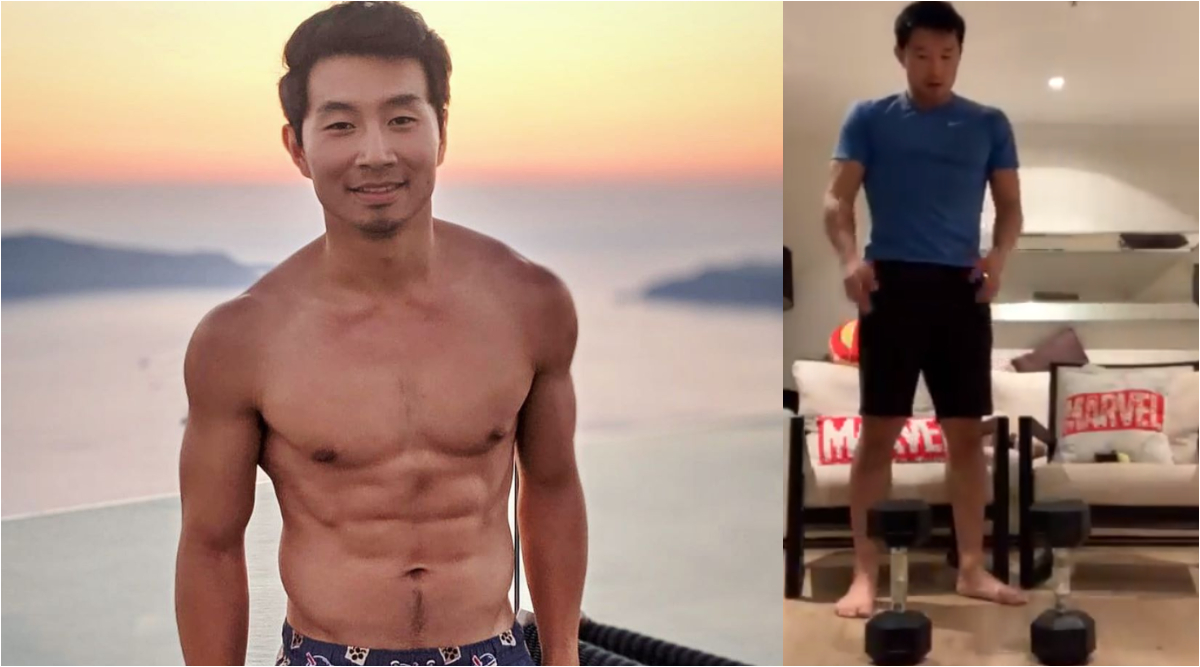 Simu Liu might not be taking the news about the delay of his film, Shang-Chi, too well. The actor took to his social media accounts and shared a video of his Marvel workout routine, which doesn't go exactly how the viewer would expect. It makes for a funny video. He wrote, "A lot of people are asking me to drop the Marvel quarantine workout... so here you go! Hope you’re all staying as active as I am!!" But as he proceeds to reach for the dumbbells nearby, he ditches them, sits on the couch and turns on the TV. True hero! That is the kind of energy we need right now.

Simu is known for being a funny man on Twitter. He keeps cracking jokes like these on a regular basis and has sort of a self-depreciative sense of humour. Hr is making a debut in the Marvel Cinematic Universe with the upcoming film, Shang-Chi and the Legend of the Ten Rings. So, you can expect to see this brand of humour in the film as well.

A lot of people are asking me to drop the Marvel quarantine workout... so here you go! Hope you’re all staying as active as I am!! 💪💪 pic.twitter.com/LpbhTNrrBl

We’ve moved our #ShangChi release date to May 7th 2021

YA BOY IS GONNA BE IN A SUMMER BLOCKBUSTER pic.twitter.com/BfWJyMQ101

Because of the ongoing COVID-19 pandemic, Disney had to shuffle the release roster. The production of Shang-Chi has been put on hold now. Director Destin Daniel Cretton was tested for COVID-19, and the test came back negative. The upcoming film will finally have the audience meet the real Mandarin, who was almost reduced to a joke in Iron Man 3.