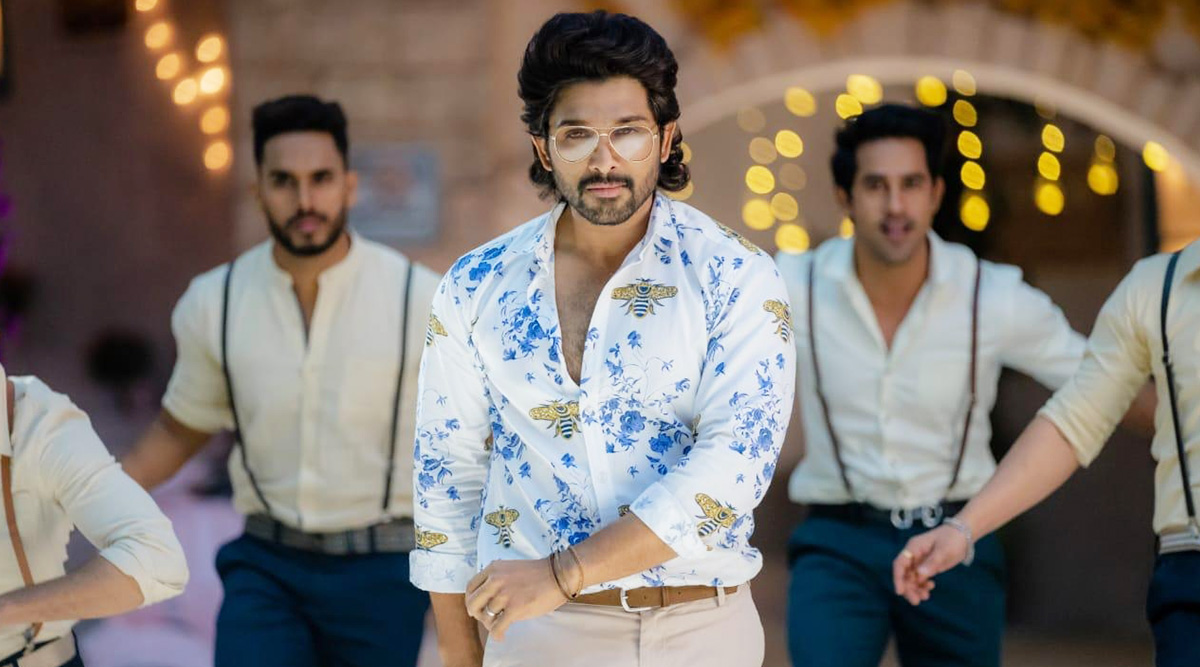 Southern superstar Allu Arjun has a reason to celebrate as the music album of his film "Ala Vaikunthapurramuloo" has reached one billion music streams on their YouTube channel. "Thanks to each & every music lover for making our scintillating audio such a big success. #AVPLMusic. 1 Billion music streams and counting on a single channel on @YouTubeIndia for #AlaVaikuntapurramuloo @alluarjun #Trivikram @hegdepooja A@MusicThaman #1BillionStreamsForAVPL," read a tweet by Aditya Music. Australian Cricketer David Warner’s Dance Moves On Ala Vaikunthapurramuloo Song Ramuloo Ramulaa Leaves Allu Arjun Awestruck (Watch Video)

This comes as no surprise as the soundtrack of the film had been promoted well. Earlier this year, Arjun and actress Tabu had got together to promote the music of the Telugu film. The event, touted as South India's "biggest musical night", had seen almost 50 music artistes like Armaan Malik and Sivamani hitting the stage. It has numbers such as "Samajavaragamana" and "Butta Bomma". Allu Arjun’s Baby Girl Arha Lip-Syncs Butta Bomma Song from Ala Vaikunthapurramuloo and She Is Irresistibly Cute! (Watch Video)

"The songs have become a sensation. The soundtrack has become one of biggest trump cards of the film. Every actor has a strength. One of my core strengths is music. That's why we have focussed a lot more on the music of the film," Arjun had said earlier. The songs are also a rage on TikTok. Australian cricketer David Warner had also posted a TikTok video wherein he was seen using platform's popular freeze filter with the film's "Ramuloo Ramulaa" song playing in the background.