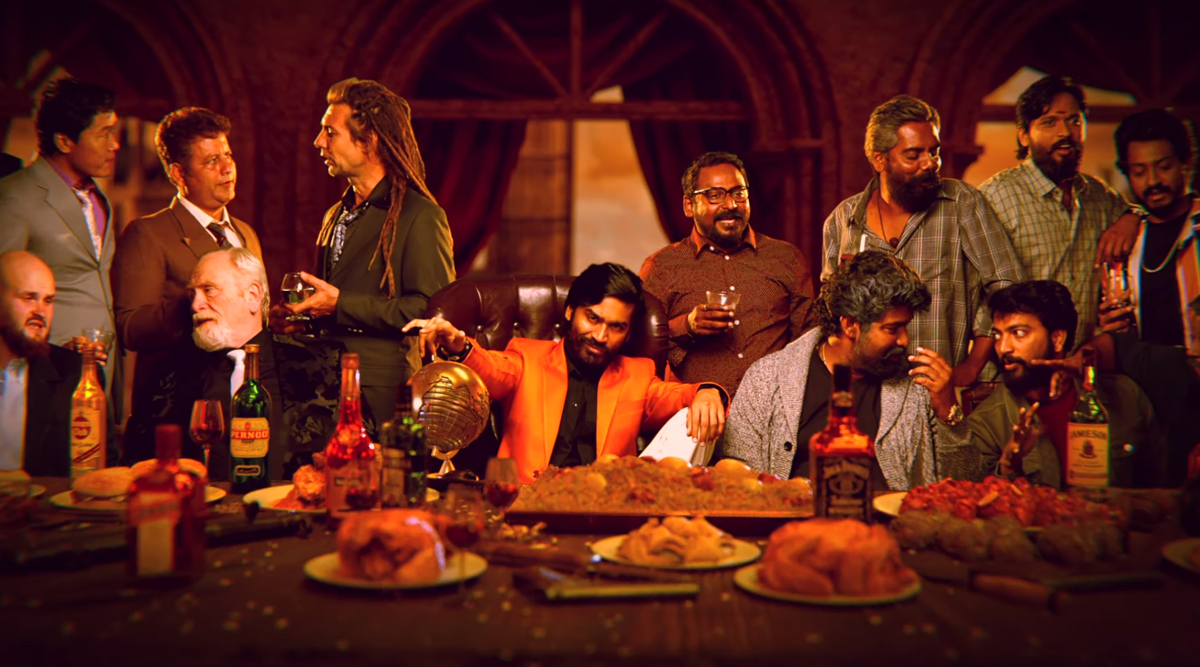 Dhanush's D40 has been one of the most-anticipated projects given that this is the first time the South superstar is teaming up with director Karthik Subbaraj for a film and finally, a major update on the film has now dropped including its title and motion poster. Subbaraj had earlier announced that the film's first look will be out on February 19 and well, as promised, here it is. The film has been titled Jagame Thanthiram and from the motion poster, it looks like this one's going to be a killer gangster drama. It’s Official! Dhanush and Aishwarya Lekshmi Sign Film with Petta Director Karthik Subbaraj.

The motion poster has got a great mix of Hollywood noir feels combined with classic action that we see in South films. Dhanush's gangster look is sure to leave his fans impressed. The film also stars Sanchana Natarajan, Aishwarya Lekshmi, and Kalaiyarasan in pivotal roles. Also, Hollywood actor James Cosmo, who starred in HBO's Game Of Thrones, is playing the antagonist in the film. We have to say, the motion poster looks super intriguing and from the looks of it, it seems the Dhanush-Subbaraj combination is going to be dynamite.

Check Out the Motion Poster Here:

While earlier, reports suggested that the film's title was Suruli, in December 2019, YNOT Production released an official statement in which they mentioned, “We would like to officially clarify that our Production No. 18 #D40 directed by Karthik Subbaraj starring has not been titled yet. The official title will be revealed in February 2020." CONFIRMED! Dhanush’s D40 Movie Title to Be Announced In February 2020.

D40 is now officially titled Jagame Thanthiram. As for the film's music, it is being composed by Santhosh Narayanan. The film is slated to hit the screens on May 1, 2020. After the recent success of Pattas, looks like Dhanush's fans will now be counting days until the release of this film.