Jr NTR Birthday: 5 Blockbuster Films of the Tollywood Superstar That Also Display His Mettle As An Actor! 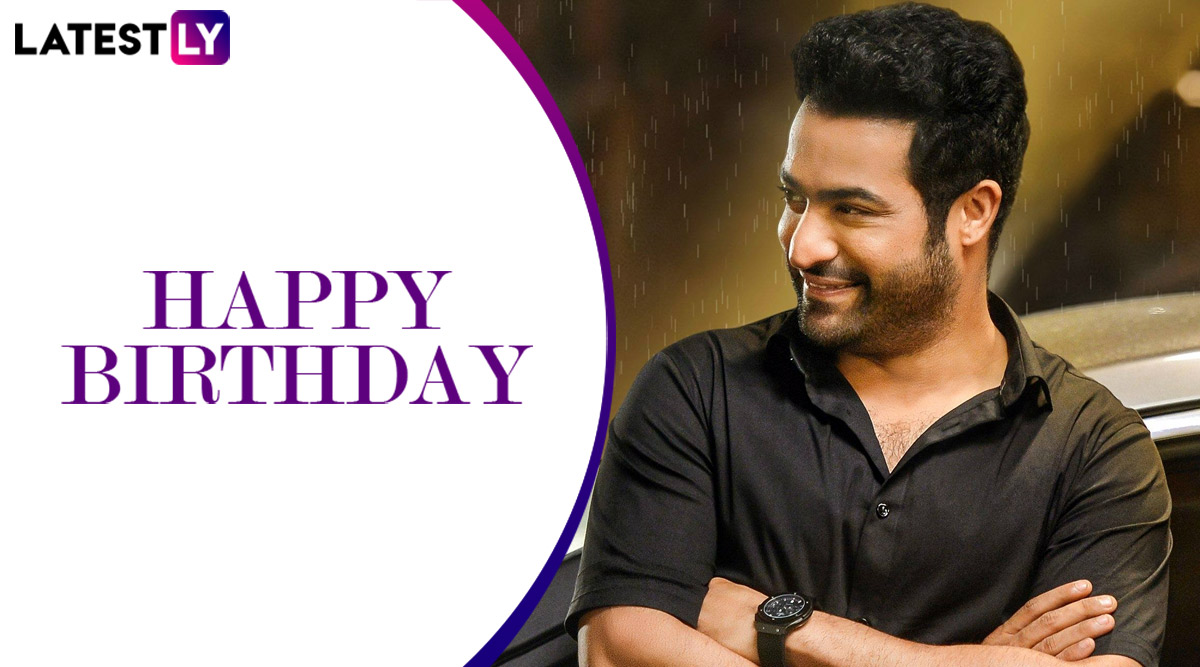 Nandamuri Taraka Rama Rao but fondly known as Jr NTR or Tarak, he is one of the most loved actors of Telugu Cinema. His performances over the years have not only won hearts, but he has left an impeccable mark in the industry. Be it any role, Jr NTR has pulled it off brilliantly. Fans eagerly look forward to his films, and when it hits the theatres, all you could hear is cheering and whistles. Jr NTR has delivered blockbuster films throughout his acting career and with that he also displayed his mettle as an actor. Jr NTR's Trainer Shares the Actor's Shirtless Picture Ahead of his Birthday and it's an 'Abs'olute Delight.

Today (May 20), Jr NTR celebrates his 37th birthday and fans have been showering him with tons of love and good wishes across social media platforms. The superstar of Tollywood, who is growing old like a fine wine, has given some mass entertainers in the past. Before he bagged his first lead role, he had made his acting debut as a child artist in the 1996 film Ramayan, which won the National Film Award for Best Children’s Film for that year. On the occasion of Jr NTR’s birthday, let’s take a look at the films that were not only hits, but even fans and critics couldn’t stop praising about his performance.

Son of Telugu film actor and politician Nandamuri Harikrishna and Shalini Bhaskar Rao, Jr NTR was roped in by SS Rajamouli in his directorial debut project. The action drama turned out to be a huge hit for the actor and director.

The Sreenu Vaitla directorial Baadshah featured Jr NTR and Kajal Aggarwal in the lead, and this was the second time that the lead pair had teamed up again after Brindavanam. For this film, to perfectly portray the role of a don, Jr NTR had straightened his curly hair and opted for a bearded look. Baadshah was a sleeper hit of 2013 and it was later dubbed in Malayalam and Japanese as well. This film gave Jr NTR stardom in Japan as well.

In 2016, Jr NTR and Rakul Preet Singh featured in Sukumar’s action thriller titled Nannaku Prematho. Jr NTR not only experimented with his look once again, but he also delivered an impressive performance. In fact, the box office record of this movie turned out to be the highest grosser in this handsome hunk’s career, surpassing Baadshah.

In the same year, Jr NTR had another release, Janatha Garage, a Koratala Siva directorial. In this film, he had shared screen space with Malayalam superstar Mohanlal. Janatha Garage registered the highest opening for a Tollywood flick in that year.

Jai Lava Kusa had the perfect blend of comedy, action, drama, romance and much more, and Jr NTR once again proved with this film what a fine actor he is. In this movie, fans got to see their favourite actor in a triple role. Jr NTR Posts a Heartfelt Note to Fans After RRR Team Confirms His First Look From the Film Won't Release on His Birthday (Read Tweet).

Many expected that on the occasion of Jr NTR’s birthday, the makers of RRR would release his first look from the magnum opus. However, due to the ongoing global crisis, the makers could not manage to complete the work as they had planned and hence decided to release Jr NTR’s first look from RRR later. We are pretty sure, the wait will be worth the while. Here’s wishing Jr NTR many more amazing projects and a wonderful year ahead! Happy Birthday, Jr NTR!