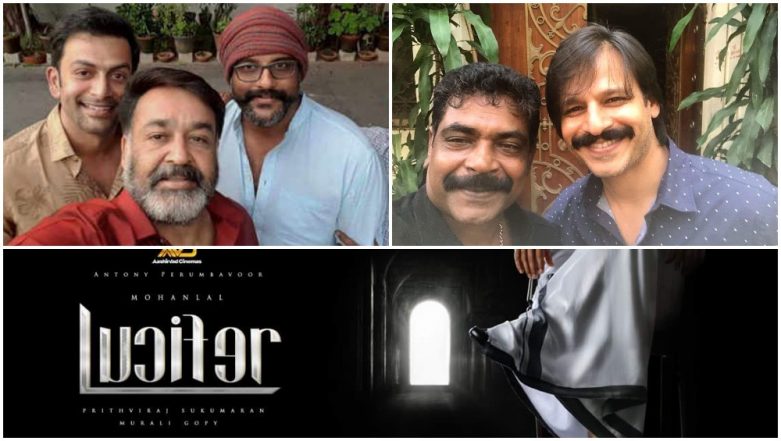 As a Malayalam movie lover, I can't help but feel excited about the kind of movies Malayalam superstar Mohanlal has agreed to be a part of. Be it the thriller Neerali, the historical Kujali Marakkar biopic, the mythical Odiyan - every future movie of his is appealing. And standing tall among those is Lucifer. The big speciality about Lucifer is that it marks the directorial debut of the young superstar Prithviraj Sukumaran, who has also excelled as a producer till now. Now the movie just got bigger.

The recent big development is that Bollywood star Vivek Oberoi has been cast in an important role in the movie. Anthony Perumbavoor, Mohanlal's confidante and the producer of Lucifer, had recently met with Vivek Oberoi and has taken him on board the project. This marks the Malayalam debut of the actor, who made his Tamil debut as a villain in Ajith's Vivegam last year. He has got much appreciation for the role in the Tamil blockbuster.

Lucifer has been scripted by the actor-scenarist Murali Gopy. Before Prithviraj came on board as the director, Lucifer has been a dream project for the late Rajesh Pillai (Traffic) before his untimely demise a couple of years back. Saniya Iyappan is also cast in the movie, while there are reports that Tovino Thomas has been roped as the main antagonist. The makers recently revealed the first look of the film that has got a lot of appreciation from all Mohanlal fans.