Thalapathy Vijay starrer Master's OTT release on Amazon Prime Video has irked the theatre owners and so they've demanded an additional 10 percent share from the producers of the flick. Check out the full story. 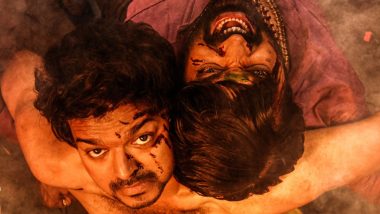 Thalapathy Vijay and Vijay Sethupathi's Master is doing wonders at the box office and has literally revived the dull theatre business after the COVID-19 crisis. Reportedly, the movie has grossed 200 crores at the ticket window worldwide and well that's a huge sum. Even after 50 percent occupancy in the theatres, the film has been receiving a thunderous response. However, what came as a surprise was Master's release on Amazon Prime Video on 29 January 2021 considering the fact that the film has not yet completed three weeks run at the BO. Master: Thalapathy Vijay’s Blockbuster Film To Premiere On Amazon Prime Video On January 29.

This OTT decision by the makers of Master has irked theatre owners. And so in a way to compensate the OTT release decision, the theatre owners have reportedly demanded an addition 10 percent share from the profit of the film. The report further hints that the producers have disagreed to pay any extra share. They feel that the movie's theatre business has provided them with enough moolah and so are in no mood to shed extra money to theatre owners. Master Box Office Collection: After Mersal, Sarkar and Bigil, Thalapathy Vijay’s Latest Film Joins 200 Crore Club, Fans Trend #MasterEnters200CrClub On Twitter.

However, talks between the two parties are still on and we hope that they come out with a happy solution. Helmed by Lokesh Kangaraj, Master is a massy film and that is one of the major reasons it has been garnering positive reviews. FYI, Master is also set to be remade in Hindi very soon. Reportedly, producer Murad Khetani has bought Hindi remake rights of the Tamil film. Stay tuned!

(The above story first appeared on LatestLY on Jan 29, 2021 10:00 AM IST. For more news and updates on politics, world, sports, entertainment and lifestyle, log on to our website latestly.com).