Master: Vijay Sethupathi Sees No Difference Between This Thalapathy Vijay-Starrer and His Other Movies, and the Reason Is Interesting! [EXCLUSIVE]

Master is now streaming on Amazon Prime Video, after doing brisk business in the theatres during its Pongal release. The movie will also be in cinema halls till the end of this week, before it will be pulled off. 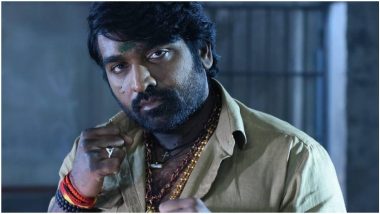 Since the beginning of 2021, Lokesh Kanagaraj's Master has been finding itself in news for all the right and wrong reasons. Among the right reasons, of course, is actor Vijay Sethupathi, whose performance as the antagonist Bhavani got him appreciation from all the quarters. While Thalapathy Vijay's Master was his usual massy self, Sethupathi got away with the best lines and scenes in his limited screen-time, even getting a backstory for his character, something the hero didn't even get. Vijay Sethupathi Reveals He’s Playing a Very Cruel Character in Master.

Makkal Selvan has done grey roles in the past, like Sundarapandian and Petta for example, but his Bhavani is an out and out villain, even if he starts off as a victim of circumstances. He turns out to be a child-murderer, uses the kids from juvenile homes for his nefarious purposes and even doesn't think twice to resorting to more murder. So does this make his role in Master different from the usual movies that the actor does?

Vijay Sethupathi has an interesting answer to this. He says, "There is no difference between this film and the previous films. All the movies are the same. All the scenes are equal to me because I have to do it with responsibility." Master Movie Review: Thalapathy Vijay and Vijay Sethupathi Take Their Sweet Time To Come to Blows in Lokesh Kanagaraj’s Tiresome Entertainer.

He goes on to add how his first scene for the shoot was a dark sequence. He continued, "The first day scene is where I am killing someone. It is a dark scene for me which was tough. My connection with Arjun and Vijay sir, because I don't have a connection with other characters." Sethupathi also has a lot of praise for his young co-star Arjun Das. "Arjun is a very good actor and there are a lot of fans for his performance. I know him from his early days and am very much comfortable with him," he concluded.

Master is now streaming on Amazon Prime Video, after doing brisk business in the theatres during its Pongal release. The movie will also be in cinema halls till the end of this week, before it will be pulled off.

(The above story first appeared on LatestLY on Feb 01, 2021 10:33 PM IST. For more news and updates on politics, world, sports, entertainment and lifestyle, log on to our website latestly.com).