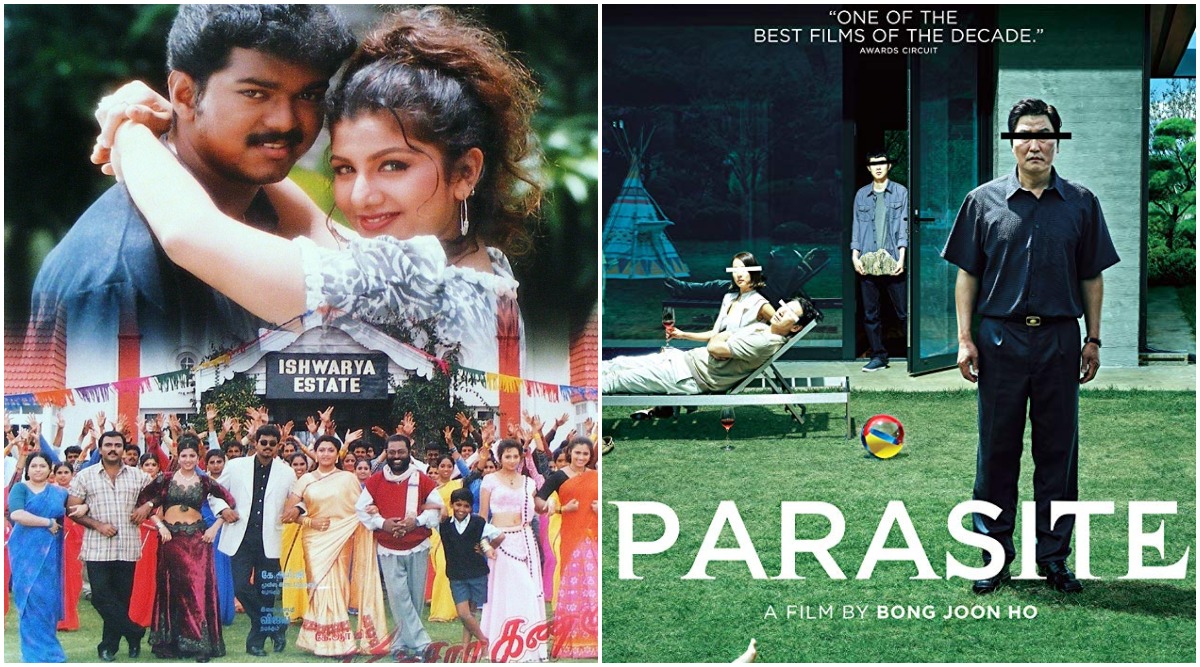 While we usually hear about Indian filmmakers seeking some inspiration from their Hollywood counterparts, this is a bizarre case where a Tamil producing is blaming Bong Joon Ho for lifting his idea. Parasite, a South Korean movie based on class distinction in today's world recently took Oscars by storm. After bagging the trophy for Best Original Screenplay, Best Foreign Language Film and Best Director, Parasite went on to bag the Best Picture trophy at the Academy Awards. And while the entire world is still busy singing its praises, producer of Minsara Kanna, a Tamil movie claims the base idea was lifted from his movie. Parasite Director Bong Joon Ho Ties With Hollywood Legend Walt Disney for Winning Most Number of Oscars in One Night.

Producer PL Thenappan who owns the rights of Minsara Kanna is about to file a legal case against the Parasite makers and even demand compensation for copying his idea. “On Monday or Tuesday, I will be filing a case with help from an international lawyer. They have taken the plot from my film. When they find out that some of our films have been inspired by their films, they file cases. Similarly, it is only fair for us to do the same,” he told The News Minute. Oscars 2020: Google and Alphabet CEO, Sundar Pichai Congratulates Bong Joon Ho and Team Parasite for their Academy Award Wins.

Minsara Kanna was about a boy who falls in love with a girl and to get her family's approval, he and his family decide to work as servants as her place. Though certain points are similar from these two premises, there's no similarity beyond that. The movie starred Vijay, Rambha, Monica Castelino and Khushbu in lead roles and was directed by KS Ravikumar. When the director was questioned about the producer's decision to pursue a legal way, he simply said, "I'm happy that the story has received an Oscar, even if it (Minsara Kanna) served as an inspiration. However, filing a case is up to the producer." Social media, meanwhile, is currently mocking producer's claim.