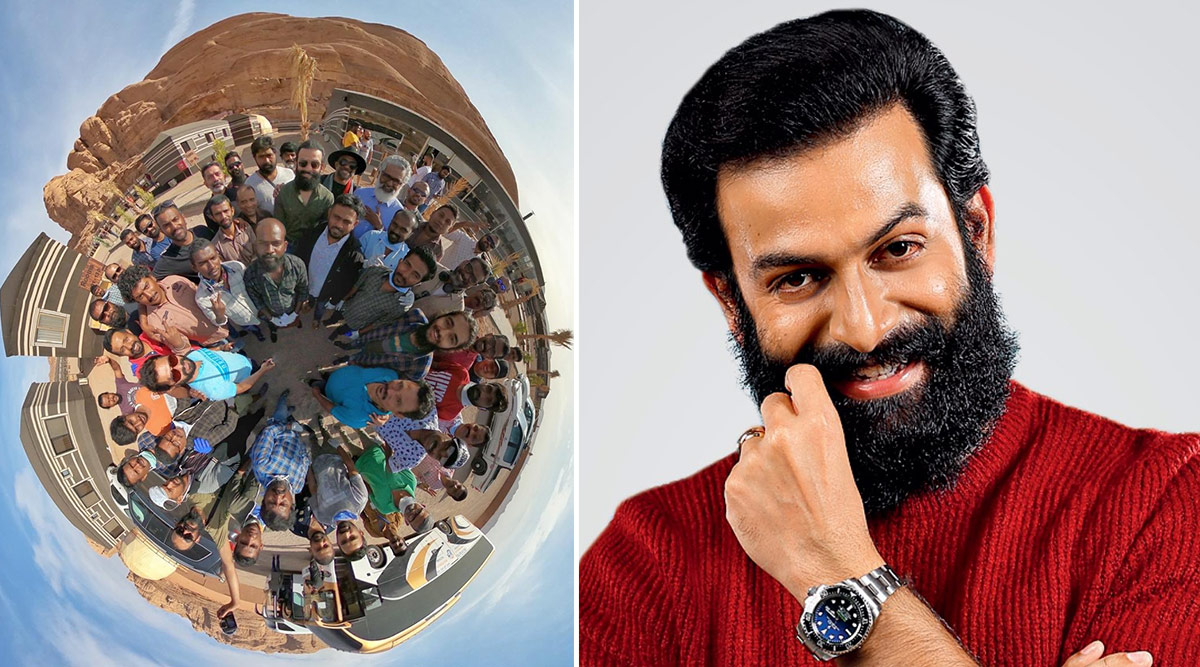 Malayalam actor Prithviraj Sukumaran shared a picture on social media platform mentioning, “#Aadujeevitham Schedule pack up!” And many are now hoping that the team would be able to return soon to India. Aadujeevitham team have been stuck in Wadi Rum in Jordan since March. There is no clarity as to when and how the team will manage to make it back to bay, but, all are staying positive that they could return home soon. Coronavirus Outbreak: Prithviraj Sukumaran, Stuck With ‘Aadujeevitham’ Crew In Jordan, Recalls Celebrating Last Vishu With Family (Read Post).

Prithviraj Sukumaran On The Jordan Schedule Wrap Up Of Aadujeevitham

Aadujeevitham is written and directed by Blessy. This Malayalam movie is based on the novel of the same name, penned by novelist and short story writer Benyamin. This film also features Amala Paul and Aparna Balamurali. The film’s music is composed by the legendary composer, AR Rahman. Produced under the banner of KGA Films, the makers are yet to announce when Aadujeevitham will hit the big screens. There are many makers who are also opting to release their films on OTT platform. We’ll have to wait and watch if the makers of Aadujeevitham will skip the theatrical release or not.