British actress Daisy Edgar Jones was cast opposite Jr NTR but she later walked out of the film. Now in her place, the makers have roped in Olivia Morris. The movie has also cast two Irish actors, Alison Doody (Lady Scott) and Ray Stevenson (Captain Scott) as the antagonists of the film. 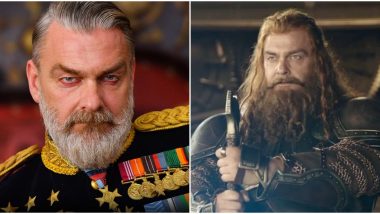 In a huge development, the makers of the upcoming ambitious historical drama, RRR, have revealed their new casting additions on November 20. RRR is Baahubali director SS Rajamouli's next, which is based on the lives of the two freedom fighters, Alluri Sitarama Raju and Komaram Bheem who had revolted against the British Raj and the Nizam of Hyderabad at different times. Ram Charan and Jr NTR are playing the two leads, while Bollywood actress Alia Bhatt is cast as the love interest opposite Ram Charan's character. Ajay Devgn has a special appearance in the movie. RRR: Olivia Morris Replaces Daisy Edgar-Jones as the Lead Actress Opposite Jr NTR in SS Rajamouli's Historical Drama.

Earlier British actress Daisy Edgar Jones was cast opposite Jr NTR but she later walked out of the film. Now in her place, the makers have roped in Olivia Morris. The movie has also cast two Irish actors, Alison Doody (Lady Scott) and Ray Stevenson (Captain Scott) as the antagonists of the film.

Welcome aboard #OliviaMorris @OliviaMorris891! We are happy to have you play the female lead #JENNIFER. Looking forward for the shoot. #RRRMovie #RRR. pic.twitter.com/7ZUtyLt6bq

Welcome to Indian cinema, #AlisonDoody! Had a wonderful time shooting for your first schedule... We are glad to have you play lead antagonist #LADYSCOTT in #RRRMovie! #RRR pic.twitter.com/ELNUUS0g32

#RayStevenson, it’s a pleasure to have you play the lead antagonist #SCOTT in #RRRMovie. Can't wait to begin shooting with you. #RRR. pic.twitter.com/T0nZnHlMxy

Alison Doody is known for her roles in the Bond film, A View To Kill, and Steven Spielberg's Indiana Jones and the Last Crusade. RRR: CONFIRMED! Bond Girl Alison Doody to Play the Lead Antagonist in SS Rajamouli’s Ram Charan-Jr NTR Starrer.

Ray Stevenson has a more prolific Hollywood career, including some very huge franchises. He was part of films like the Divergent series, GI Joe series (where he played the villain Firefly) and in other popular movies like The Other Guys, The Book of Eli, The Three Musketeers, and Kill the Irishman. Ray Stevenson also had a memorable guest role in the crime drama series, Dexter.

If Marvels fans in India find him familiar, it is because you have seen him in three Marvel Cinematic Universe movies. Ray Stevenson had played the gluttonous Volstagg, the part of the Warriors Three, who was Thor (Chris Hemsworth)'s best friends and fought along with him. After getting introduced in the first Thor film, Ray had appeared in all the three Thor movies, only to be killed in the last instalment, Thor Ragnarok (by Hela).

The Warriors Three and Lady Sif Meeting the Exiled Thor in the First Thor Film:

But the Thor series isn't the only Marvel saga that Ray Stevenson has done. Even though it is not the part of the MCU, the actor had played the lead in the 2004 film The Punisher. 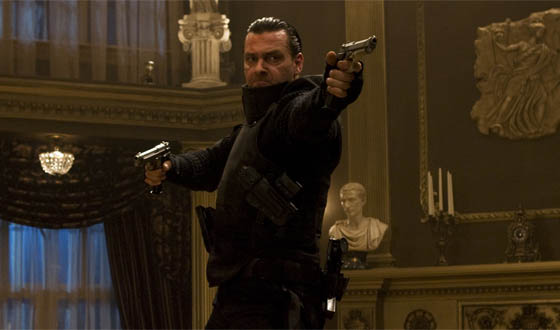 Ray Stevenson as The Punisher

(The above story first appeared on LatestLY on Nov 20, 2019 05:21 PM IST. For more news and updates on politics, world, sports, entertainment and lifestyle, log on to our website latestly.com).