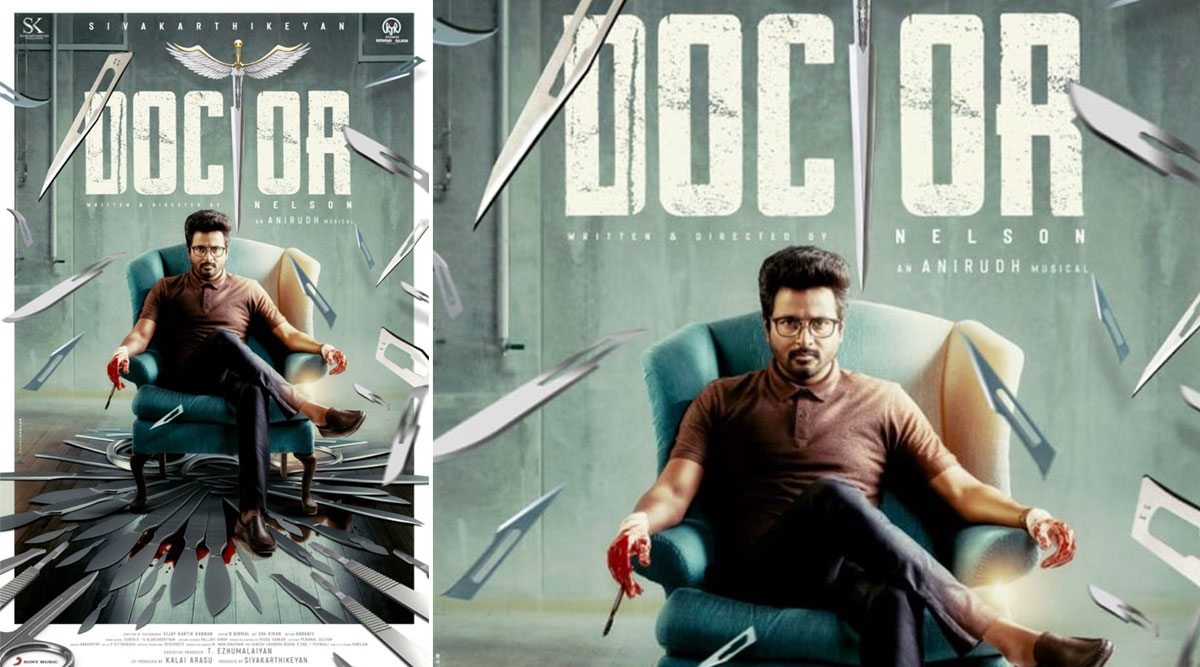 Sivakarthikeyan and filmmaker Nelson Dilipkumar have collaborated for the film titled Doctor. This movie marks the filmmaker’s second directorial project. Talking about this project, the director had earlier revealed to TOI, “It is an action comedy; one half of the film will take place in Chennai and the other half will be set in Goa.” Now, owing to the lockdown imposed due to the coronavirus outbreak, the shootings had to be suspended. Now the latest buzz is, the makers are aiming to release the film Doctor during the time of Christmas this year. Doctor First Look: Sivakarthikeyan’s Bloodied Hands Will Make You Curious for This Film! (View Pic).

One of the fan pages of Sivakarthikeyan on Twitter, Sivakarthikeyan 24x7 ™, posted an update on the upcoming flick Doctor. It read, “The Final Schedule Of DOCTOR Is Planned To Be Shot At Various Locations In Goa. Also, The Team Is Reportedly Planning To Release The Film In Christmas 2020 If They Wrap Up The Film Before November.” Now seeing the current scenario in the country and in many other regions across the globe, one cannot say when the lockdown will be lifted and when the filmmakers can resume shooting; although, the Tamil Nadu government has permitted some of the makers to kick-start with the post-production works adhering to the guidelines. Sivakartikeyan Records a Special Video to Thank Doctors and Medical Staff Who are Leading the Fight Against COVID-19.

• The Final Schedule Of DOCTOR Is Planned To Be Shot At Various Locations In Goa. Also, The Team Is Reportedly Planning To Release The Film In Christmas 2020 If They Wrap Up The Film Before November - @ChennaiTimesTOI#DOCTOR #Ayalaan @Siva_Kartikeyan

Nelson Dilipkumar had also shared why the movie name is titled as Doctor. About it he further mentioned, “The reason we titled it Doctor is because the film has elements that are related to doctors. Siva will sport a new look and has knocked off some kilos, too.” We’ll have to wait till an official announcement is made by the makers on the film’s release date. Doctor is produced under Sivakarthikeyan Productions banner.