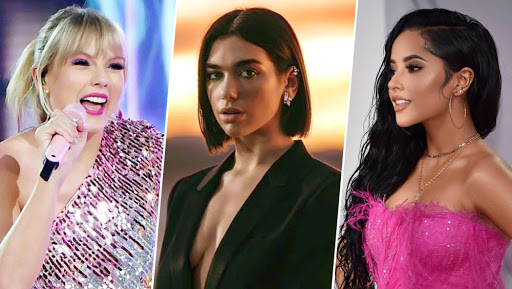 Los Angeles, June 27 Grammy-winning pop star Taylor Swift will headline the Prime Day Concert on July 10. Dua Lipa, SZA and Becky G will also perform at the concert, which is presented by Amazon Music, read a statement. "We can't wait to celebrate Prime Day with an extraordinary night of unforgettable performances, for members around the globe," said Steve Boom, Vice President of Amazon Music. Taylor Swift’s ‘You Need to Calm Down’ Video Slammed by LGBTQ Community for Cashing in On Queer Culture

"Prime Day brings members the best of both entertainment and shopping. To celebrate, we've curated a line-up across multiple genres with performances from artistes our customers love," Boom added.  Prime Video will stream the show live.  Taylor Swift Sparks Engagement Rumour By Flaunting A Ring With Joe Alwyn's Initials On It!

Mark your calendars for the #PrimeDay Concert featuring @taylorswift13, with @DUALIPA, @iambeckyg, & @sza on July 10th only on @PrimeVideo presented by @AmazonMusic! https://t.co/QqPWtrgTBL pic.twitter.com/3tFpGJTb5X

Hosted by award-winning actress Jane Lynch, the concert will be available to Prime members to stream on-demand after the live show for a limited time on Prime Video which will include select songs from each performance.