And COVID-19 has claimed its first casualty on the sets of the show Bhakarwadi. A crew member of the show succumbed to Coronavirus along with few other members testing positive for the pandemic, as per reports. 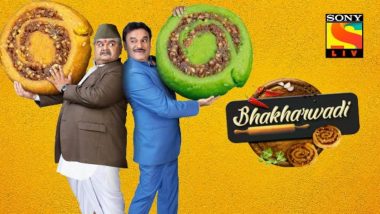 And COVID-19 has claimed its first casualty on the sets of the show Bhakarwadi. A crew member of the show succumbed to Coronavirus along with few other members testing positive for the pandemic, as per reports in Mumbai Mirror. The member who passed away was the tailor of the show, who looked after cast members' costumes. Confirming the news, Bhakarwadi producer JD Majethia revealed, "A sad incident took place on the sets of Bhakharwadi. A tailor from our crew complained of weakness on July 11. The doctor gave him medicine for cold and weakness. He worked on July 12 and the next day he asked for leave as he wanted to go home." Maharashtra Allows Conditional Film Shoot in Non-Containment Zones, Producers JD Majethia and Ekta Kapoor Thank CM Uddhav Thackeray (Watch Video).

"As a rule of our production house. we keep in regular contact with people who are unwell. We also ask them to produce a doctor's certificate of their well being when they rejoin the shoot," the producer revealed.

He continued, "He was reminded on a group on July 19 via message as he had not replied to our calls a couple of times. He went for a test on July 20 and we were shocked to hear about the news of his demise when we called on July 21. We are in touch with a family member and are doing the needful." No Hugs, Kisses, Intimate Scenes and Grand Events To Be Shot Post Lockdown When Shoots Resume, Reveals Producer JD Majethia (Deets Inside).

He also went on to reveal that whosoever had come in contact with the tailor were tested and those whose results came back -positive, were quarantined.

"We know we are in a very challenging situation and so we have consulted the best of doctors. We have done swab tests of more than 70 people including actors, technicians, workers, studio staff and suppliers. A few of them have tested positive and they have been quarantined. We are following the government guidelines," concluded Majethia.

(The above story first appeared on LatestLY on Jul 29, 2020 09:59 PM IST. For more news and updates on politics, world, sports, entertainment and lifestyle, log on to our website latestly.com).