The first good news that everyone has received in a long time amidst the Coronavirus Pandemic outbreak is the relief for the film and television industry and its daily wage workers. In a long virtual meeting between producers of IFTPC the Maharashtra Chief Minister Uddhav Thackrey, it was decided that shootings for films and television will begin soon. 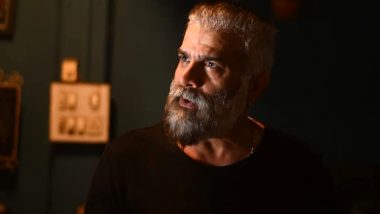 The first good news that everyone has received in a long time amidst the Coronavirus Pandemic outbreak is the relief for the film and television industry and its daily wage workers. In a long virtual meeting between producers of IFTPC the Maharashtra Chief Minister Uddhav Thackrey, it was decided that shootings for films and television will begin soon. And in a subsequent interview, producer JD Majethia revealed that while no date has been set for the beginning of shoots, the scripts of existing projects, along with the general way that the shoots take place and also the sets, will see a whole lot of changes. Akshay Kumar and R Balki Shoot for Coronavirus Awareness Campaign at Mumbai Studio for Health Ministry.

"There has been no date as such decided. First to begin with all the TV sets will be checked. This will be a long process, we can't just say that we will start shooting from tomorrow. The Government has not allowed starting the shooting yet. It is very encouraging news that Akshay Kumar has started shooting. We have spoken to Government and first, the sets will be visited by them and they will check if they are away from the civilisation," JD revealed to ETimes TV. ‘Sarabhai V/S Sarabhai And Khichdi Will Help Contribute A Lot In Spreading Happiness During This Crisis’, Says JD Majethia.

He continued, "So, what locations to be allowed in Maharashtra in Mumbai will be checked. It is going to take time, everything will be checked, then if necessary people will be quarantined, it is a long a process. Based on our meeting hopefully, we should see some action happening by mid-June or June ending."

JD Majethia Also Shared A Picture of Their Meeting With Uddhav Thackeray:

It was a very positive meeting of broadcasters & television producers with the CM of Maharashtra Shri Uddhav Thakrey . Industry shared concerns of business and job losses with viewers fatigue of reruns and wishes to start shooting with utmost cares of safety and SOPs. He quickly addressed all issues , asked his team to initiate a committee and workout the possibilities to start work soon . We need to list out studios away from civilization , list of necessary precautions we will take , list of spacious post production studios where the social distancing can be maintained at the earliest. Once this is done we can look at the permission for maintenance of the sets , monsoon sheds , fire safety measures etc. He concluded with asking us all to be positive and hopeful with a line of a song from a popular film “Aanewala pal jane wala hai”. He very willingly agreed to pose for a picture of our video conference meeting .I was very happy to discover a hidden streak of our beloved CM’s sense of humour which kept everyone in the meeting comfortable. Hats off to you sir 🙏

The producer also went on to reveal that the guidelines that need to be adhered to on the sets post lockdown are still being worked upon. "During the meeting we were asked to submit the list of studios where the shoots happen. The maximum number of TV producers are with IFTPC (Indian Film and Television Producers Council) and we have come together to make a SOP (Standard Operating Practices) because we know the ground reality and how the shootings happen," he revealed.

As for the major changes in scripts, he told the portal that not only will there be no kisses ir intimate scenes and hugs, but there will also be no grand and lavish festivities scenes being shot anytime soon. "First we wrote scripts and arranged things, but now scripts will be written keeping the situation in mind. There will be no wedding, festival, crowd sequences, large action sequences. We can't shoot these situations. We can't shoot hug, kiss, intimate scenes. Our life is not going to be that easy. We have asked for SOP (Standard Operating Practices) from everyone and it will be followed by everyone. From producers to junior artist, everyone has to file it. We have filed broadcasters and (IFTPC ) to the Government authorities," the Khichdi producer disclosed.

Majethia is also optimistic that shootings can take place with limited people on the sets, just like how they managed in March, before the country went into a lockdown. "If you remember when we stopped shooting from in March before that three days we shot keeping SOP in mind. Then March 18th we stopped shooting. We shot keeping all the necessary things in mind. Like doctors being available on the sets, actors shooting with masks on, sanitizers on sets, check-up of temperature. So, if you go to see we had kind of done one rehearsal and that time we had some around 100 people on the sets. Now we know that it is not advisable to shoot with so many people. We will have to figure out a best possible to shoot in best circumstances," the producer said.

JD Majethia also revealed that the CM has requested that shoots be limited to Maharashtra only and no outdoor schedules be fixed as of now. Said the producer, "Keeping the requirements in mind and health of everyone, we will plan out things. Like other industries even we will face problems in finding daily wage workers as lot of them have travelled to their villages. CM has told us that he doesn't want shooting to shift outside Maharashtra. He is also looking forward and hopeful that things will begin rolling."

(The above story first appeared on LatestLY on May 27, 2020 01:41 PM IST. For more news and updates on politics, world, sports, entertainment and lifestyle, log on to our website latestly.com).