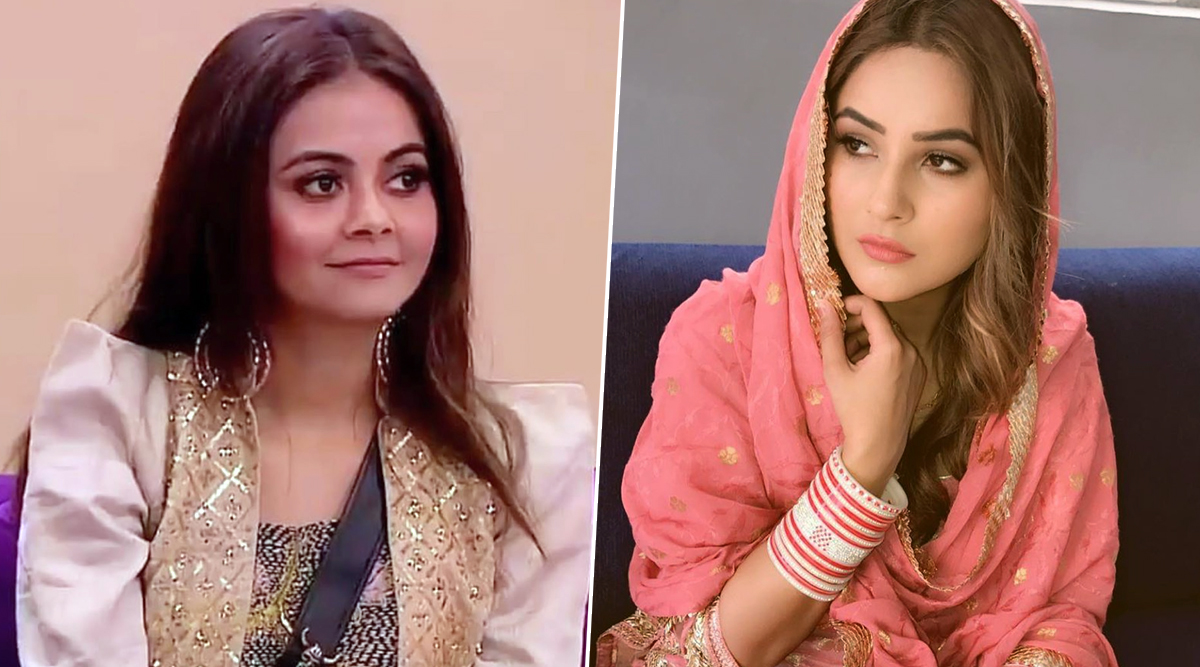 Devoleena Bhattacharjee's stint on Bigg Boss 13 was too short due to her spine injury, but she did make a mark on the controversial reality show. If some reports are to be believed, Devo will return to the show after she is all hale and hearty. From the outside world just like an avid Bigg Boss fan, Devoleena is also keeping an eye on each and every episode. Recently, Devo via a Twitter post took a sly dig at Shehnaaz. The tweet was in reference to Sana's demand to send a hot man inside the ghar, just for her. Bigg Boss 13: 'We Love Devoleena' Trends On Twitter, Is It Because Of Her Closeness To Sidharth Shukla?

Well, Devoleena's sarcastic dig at Shehnaaz did not go down well with the singer's supporters and they bashed the TV actress in the comment section of her post. That's not it, as one of the trolls who happen to be team Shehnaaz Gill called Miss Bhattacharjee 'a murderer'. Then what, the Gopi bahu of Indian TV did not keep mum and tagged her lawyer in the conversation and warned the troll that she can take legal action against the nasty accusation. Bigg Boss 13: Rashami Desai's Bestie Devoleena Bhattacharjee Calls Arhaan Khan 'A Fraud'.

And Here's The Twitter Clash Between Devo And The Troll: 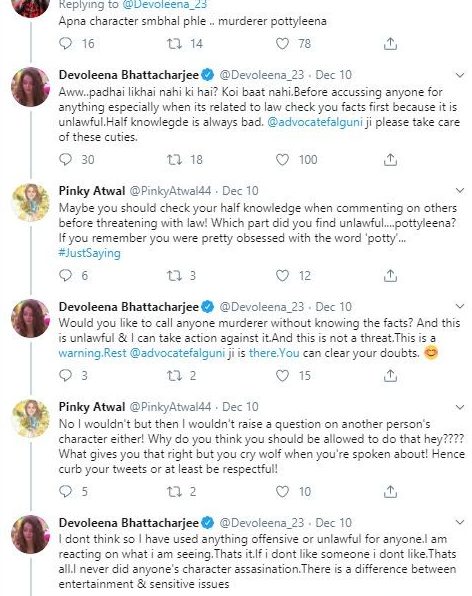 For the unversed, last year (2018), Devo had embroiled in chaos after she was summoned by the Mumbai police in a diamond trader, Rajeshwar Udani’s murder case. Reportedly, Bhattacharjee's name popped up in the investigation after her phone number was found in Udani's call details. Well coming to Bigg Boss, all we hope is to see the daredevil Devoleena back on the show soon. Stay tuned!