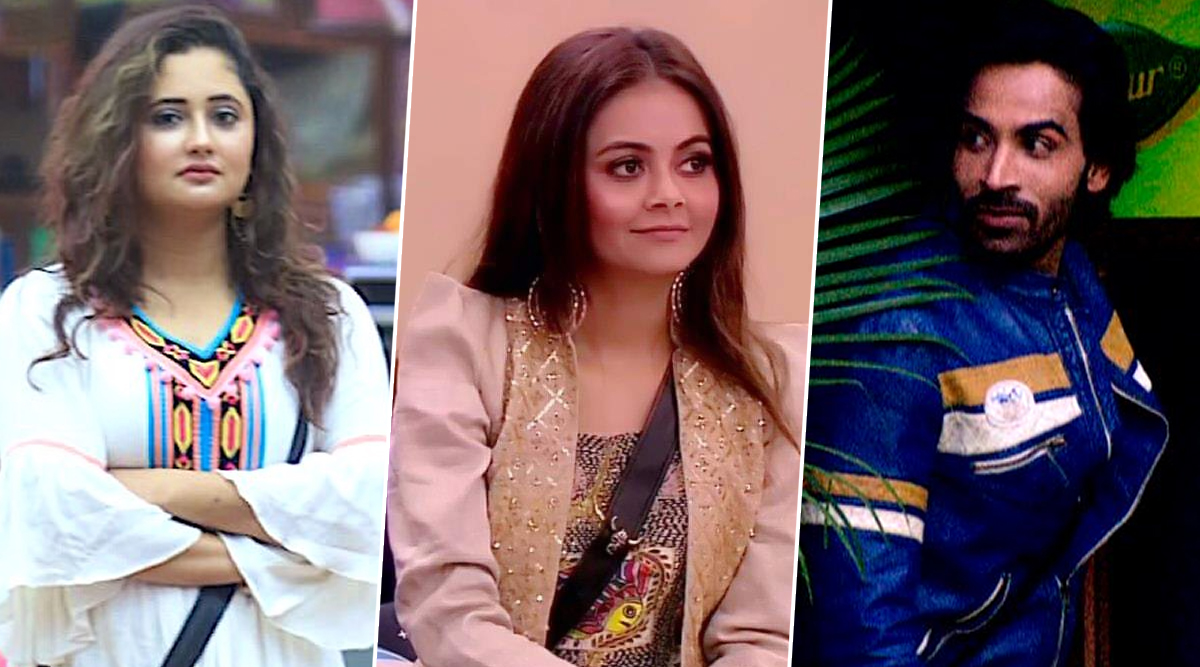 Arhaan Khan's re-entry on Bigg Boss 13 was the best moment from the current season. Why do we say this? As the model did not just enter the show, but also came with an engagement proposal for Rashami Desai. The lad amidst 150 cameras and on national TV went down on his knees and said the three golden words to Desai. But all this happiness was just for a short time, as Salman Khan made a huge revelation about Arhaan's personal life which Rashami was unaware of. The host informed the TV actress that Arhaan is married and has a child. This shook Rashami and she was devastated. Bigg Boss 13: Rashami Desai's Brother Gaurav Slams Arhaan Khan, Says ‘My Sister Was Never On Road'.

After this news was all over the web, Desai’s best buddy Devoleena Bhattacharjee spoke in length with Bombay Times and tagged Arhaan as 'a fraud'. She said, "When he (Arhaan Khan) re-entered the show, I felt that he really liked Rashami and wanted to propose to her. But now, I am thankful to Salman sir for letting Arhaan’s secret out because he is a fraud. And for me, if someone is a fraud, he will continue to be one. If I were in Rashami’s place, I would never forgive Arhaan." Bigg Boss 13: Mahira Sharma Compares Rashami Desai to a Pomeranian Dog.

Even after knowing Arhaan's past which he kept hidden, Rashami is being kind and has given a second chance to the man. On the show currently, she is very much seen in love with Khan. Meanwhile, Devo had to make a sudden exit from the show owing to her back injury. Right now, mastermind Vikas Gupta is playing as Devoleena's proxy on BB 13. Stay tuned!