Bigg Boss 13: Vishal Aditya Singh Was Examined By Doctors After Being Hit By Madhurima Tuli With A Pan 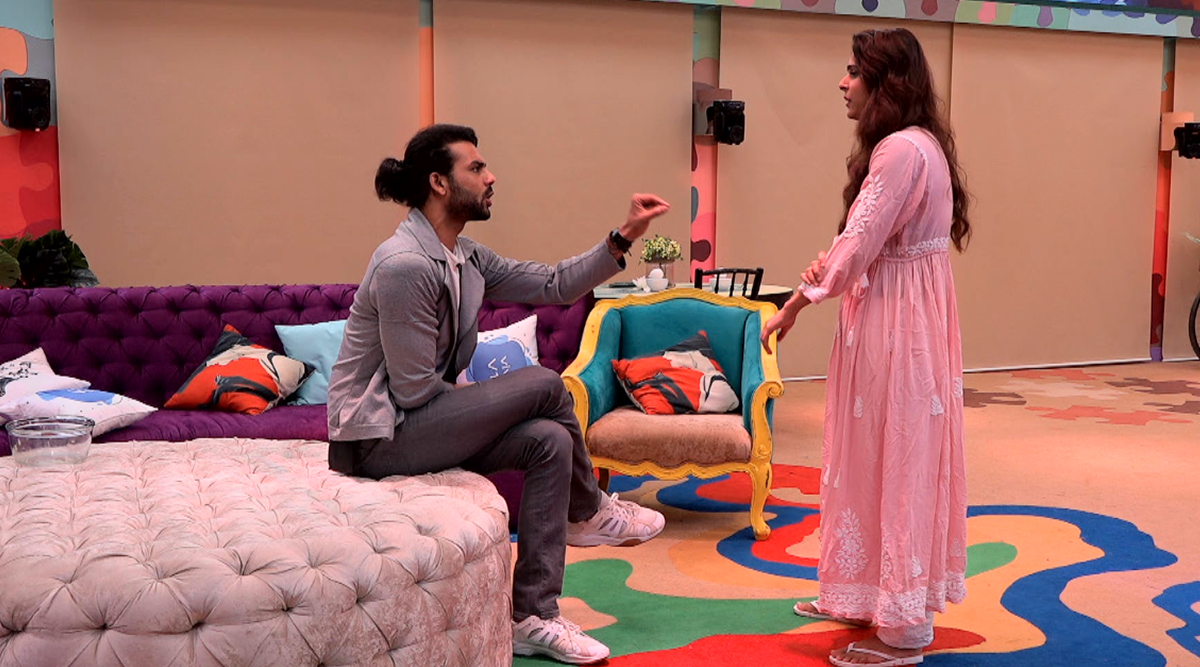 One of the worst moments in the history of Bigg Boss took place in the 13th season during the last week. Madhurima Tuli hit Vishal Aditya Singh with a frying pan, after being provoked. In the latest episode, it was said by many contestants that Vishal was hurt. When Salman rolled the footage of the assault again for the contestants, it was not shown to the audience on TV. But what we were also not shown was that a doctor had to come in to examine Vishal after the incident. As per a report by India Forums, a doctor was called to examine Vishal's injury and swelling on the show. Bigg Boss 13: Salman Khan Blasts at Madhurima Tuli for Hitting Vishal Aditya Singh with a Frying Pan.

Madhurima was asked to leave the show on Saturday's episode as she broke the house rule of no violence. She made an exit without contesting the decision. Bigg Boss 13: Evicted Madhurima Tuli Blames Vishal Aditya Singh and Other Contestants for Provoking Her in the Reality Show.

Madhurima, after eviction, took to her Twitter handle and apologised to the audience for her behaviour. She said her self respect was getting hampered. She thanked Sidharth Shukla and Shehnaaz Gill for supporting her on the show.

The frying pan incident has become a joke on Bigg Boss 13. Sara Ali Khan and Kartik Aaryan were guests on the latest episode to promote their film, Love Aaj Kal, whose trailer was released a few days ago. Sara and Kartik brought a frying pan with them as a gift for the contestants, since their pan broke. Vishal was declared the 'winner' of that gift. Later, in the same episode, former contestant Abu Malik arrived as guest with two frying pans.