The controversial reality show Bigg Boss 14's grand finale is going to take place on February 21, 2021. While there are still a few days for the D-day, fans are curious to know who'll be crowned the winner this season. Now, as per our poll results, it's Rubina Dilaik, who is the winner. Read on. 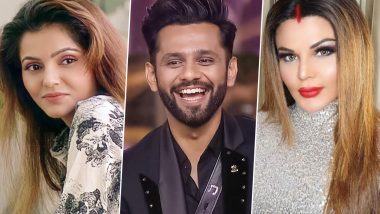 The controversial reality show Bigg Boss 14's grand finale is going to take place on February 21, 2021. While there are still a few days for the D-day, fans are curious to know who'll be crowned the winner this season. Right from fighting for their favourite contestant's win to creating hashtags that work crazy on Twitter, fans are in no mood to calm down. And so, we decided to take a poll and see what's the fans' verdict. Now, our poll results are out and the winner is none other than Rubina Dilaik followed by Rahul Vaidya. Bigg Boss 14: Google Declares Rubina Dilaik As The WINNER Of Salman Khan's Controversial Reality Show Ahead Of The Grand Finale!

The percentage distribution is as follows - Rubina Dilaik (44%), Rahul Vaidya (31%), Rakhi Sawant (13%), Aly Goni (6%) and Nikki Tamboli (6%). Well, on a much frank note, knowing the voting trends, we knew it's going to be Rubina as number one and then Rahul, but the surprise element here is Rakhi who has grabbed the third spot. Aly and Nikki are obviously out of the race, as per our poll results. Bigg Boss 14: Rakhi Sawant’s Love for Abhinav Shukla Reminds Us of Her Obsession for Amit Sadh in Season One! 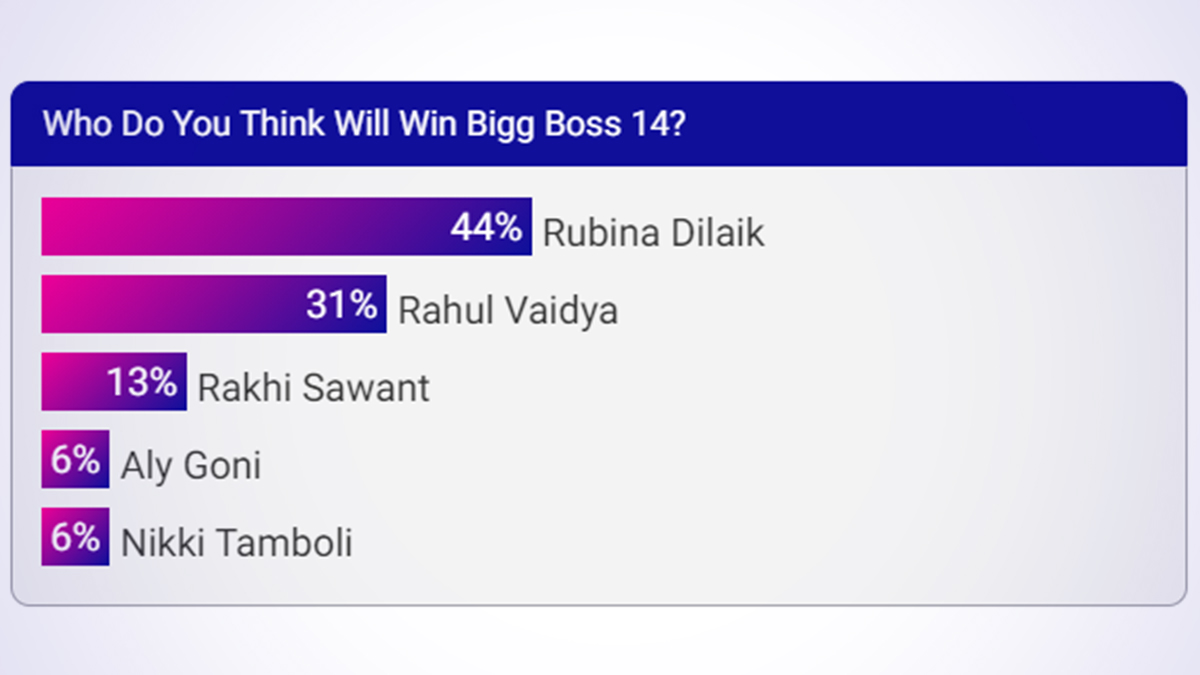 Talking about Rubina, she has been quite opinionated and one of the strongest contestants on the latest season. Be it standing against her BFF Jasmin Bhasin, sharing her dark secrets to even turning her shikshika mode on, she has been fierce. Not to forget, even Google has declared her the winner of Bigg Boss 14.

Meanwhile, it is said that Nikki Tamboli has quit the show after taking a bag full of Rs 6 lakh. Well, let's wait and watch, who will make it to the top three or there are more twists and turns ahead. Stay tuned!

(The above story first appeared on LatestLY on Feb 17, 2021 08:49 PM IST. For more news and updates on politics, world, sports, entertainment and lifestyle, log on to our website latestly.com).