Bigg Boss: From Sunny Leone to Vikas Gupta, the LGBT+ Contestants in the House Over the Years

Bigg Boss 14 is here. But, there is nobody from the LGBT community this year. Over the years, BB has included some people from the community to boost the TRPs or for diversity. Inclusion of members from the community where people are still fighting for equal rights can be a way to start the conversation. Here are some of our favourite LGBT contestants on Bigg Boss. 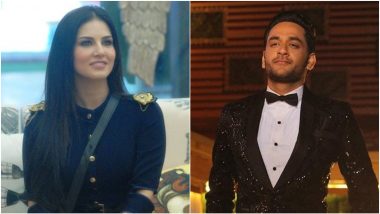 Bigg Boss 14 is here. The new season of the controversial reality show will be conducted amid a pandemic. Salaman Khan has returned as the host. Previous contestants Gauahar Khan, Sidharth Shukla, and Hina Khan have returned to the house in a limited capacity but with immense power. But, there is not anyone from the LGBT+ community on the show this year. Over the years, the show has included some people from the community to boost the TRPs or for diversity. Although, the channel has not dared to include a gay couple in its 14 years of the run. NCP Sets Up LGBT Cell to Provide Justice to Deprived Section.

There have been incidents when sexuality and Bigg Boss made headlines together. Salman Khan had to school a contestant, Jyoti Kumari, about sexual orientation after an unsavoury remark from her. Contestants have also been bullied inside the house for their orientation, only to receive warnings from the host and the makers. Nevertheless, the inclusion of members from the community, where people are still fighting for equal rights can be a way to start the conversation on middle-class households.

So, here are some of our favourite LGBT contestants on Bigg Boss over the years.

She was a controversial figure when she entered the reality show as she was an adult film star. Sunny is bisexual, but has said that she prefers men. She is also married to Daniel Weber, who loves her to the moon and back. The actress' sexual orientation was never the topic of discussion in the Bigg Boss house. To be noted, Sunny has never talked about her sexuality even after the show in so many years. Is it just an internet myth?

Vikas' sexuality was discussed multiple times on the show which also led to fights in the house. The producer faced everyone with kindness, politeness and wrath, when needed. A few years after the show, Vikas came out as bisexual on an Instagram live. Vikas Gupta Comes Out As Bisexual; Gauahar Khan, Karan Kundrra, Surbhi Chandna Beam With Pride For The Fellow Producer.

Get to Know yourself 🙂

She was a contestant on the first season of the reality show, and she was the first one to be evicted as well. Therefore, unfortunately, we didn't get to see much of her. But for the one week, she was there, she carried herself with pride. She knew how to fight for herself. Bobby Darling certainly deserves a second chance on the show.

He was crowned Mr Gay India 2014, which paved a way for his participation on the show. He won hearts with his openness, guts and sass. Rekha was so impressed by one of his dance performances, that she gifted him with her saree. It is pretty much worth the winner's trophy.

I was not born a daughter to my parents but I have always been taught that every woman should be respected and protected at all costs. IF I had a real , biological sister , that I would’ve had if my mother would’ve been able to conceive the baby between my oldest brother and I , I know I’d have done absolutely anything in my might to protect and love her. Having realised in my journey of life that I am gender fluid has not only taught me to respect the diversity within myself but to understand and be more empathetic to each and every person with their own set of struggles. I have been blessed with a wonderful mother , aunts , cousin sisters , a wonderful sister in law and my loving niece , all women , and I want everyone to know that they are the reason why I AM ! Please protect our women , our mothers , sisters , daughters and friends and let’s make sure they never feel any lesser than the other gender ! #🙏🏻 #foodforthought #womenempowerment #supportingwomen #girlpower

Rohit was a contestant on the third season. After exiting the show, he had said, "Drama is a part of my sexuality and I flaunt that. But I’m not an actor. " Teh famous designer also revealed that after the show his relationship with his parents healed more and they accepted him for who he is.

It’s really heartbreaking to know a lot of people are very depressed or few are even committing suicide. This is becoz a lot of things are boiled up within and sometimes we don’t vent out. Also, The concept of a shrink is not sought-after in India. A small suggestion. Please do keep in touch with relatives and friends. Keep talking to them on phone since we can’t meet them too often. Sometimes just talking to someone and giving them that ear makes a lot of difference. If a person sounds upset/ sad / depressed just go ahead and dig deeper (for their good) In most instances we let it go, But it could save someone from depression or even worse - SUICIDE *Try not to give judgments knowingly / unknowingly. Just few words of “I understand completely” “I get where ur coming from” “Keep faith all will be good” Trust me these words help a person who is depressed or just about to breakdown. A very important thing (which we all know )never share anything personal said to you in confidence with anyone else. Just few experiences and observations with incidents around🙏🏻🙏🏻 We all know the above said stuff but though a reminder would help. Stay safe ALL 🙏Gratitude 🙏

Laxmi was on season 5 of Bigg Boss. One of the rare transgender contestants on the show. She carried herself with dignity for the time she was on the show. She always stood up against the wrongs in the house, even if it meant putting herself in the line of fire.

She leads a movement called Kinnar Akhada, which became the first transgender group to bathe at the Ganga during Kumbh 2019.

He gained recognition as the chef of the house. He has not shied away from his sexuality and even campaigned for a gay swayamvar after Bigg Boss. After the historical verdict on section 377 by the Supreme Court in 2018, a couple of production houses showed interest in the swayamvar concept, but things did not materialise beyond headlines.

There have been a few other contestants like Kawaljeet Singh on the show. A few others have not exactly opened up about their sexuality.

(The above story first appeared on LatestLY on Oct 06, 2020 04:24 PM IST. For more news and updates on politics, world, sports, entertainment and lifestyle, log on to our website latestly.com).